Jun 16, 2011
Geo-political researcher, public speaker and former oilfield executive, Ian Crane joins us to talk about questionable manmade disasters over the last 14 months. We begin recapping the BP oil spill in the Gulf and discuss the latest developments. Ian tells us about Robert Calusa who he believes was placed on an oil rig intentionally on April 16, 2010 to help create the spill. He also tells us why and how he thinks the Gulf area has been turned into a laboratory and talks about the "behavioral health" payments issued from BP to residents of the Gulf area. We also discuss miscarriages of women in the Gulf, same as the dolphins and the status on oil-devouring microbes. Then, we talk about Fukushima. Ian shares some ideas about why he thinks Japan was targeted. He links Fukushima to the largest E.coli breakout, resistant to penicillin, in Germany. It seems Germany has been keeping an eye on world events. They've also been the forefront resistance against the EU's plan to use GM crops. Now they're shutting down pre 1980 nuclear plants and winding down the nuclear program. Has biological warfare been released upon Germany? We begin the second hour discussing the Israeli security companies involved in so many disasters. What is going on? Then, Ian opens up the discussion about the global corporation, the global bullies. He foresees interesting infighting ahead. Then, we talk about the Israel/Germany relationship and the Israel/Palestine relationship and ethnic cleaning. This takes us into the Zionist agenda, which Ian says is anti-Semitic and uses Jewish people to get away with murder. We'll also touch upon Libya, Arab uprisings, the motives and social media tools being used to organize these uprisings. Next, we talk about the crossroads in our evolutionary process, which has nothing to do with hierarchy or anarchy. Ian quotes Zbigniew Brzezinski's 1969 book Between Two Ages: America's Role in the Technotronic Era: 'The challenge for governments in the future will be to prevent man from effectively discovering his true self, and keeping humanity locked in consumerist materialism.' The elites are trying to accelerate their agenda as people are realizing they are more than economic slaves. The key is non-compliance. Ian talks about the series of natural events coming that will take humanity to the next level.

In a Computer Worm, a Possible Biblical Clue

E.coli superbug outbreak in Germany due to abuse of antibiotics in meat production

The Hunt for the Source of Germany's E. Coli Outbreak

A Deepening Rift Between Germany and Israel

Merkel honored by US Jewish group

BP Population Reduction and the End of an Age 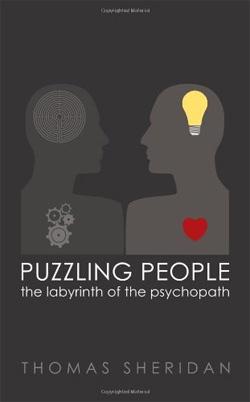