Mar 31, 2013
Ian R Crane is an ex-oilfield executive who now lectures, writes and broadcasts on the geo-political webs that are being spun; with particular focus on US Hegemony and the NWO agenda for control of global resources. Primarily Ian focuses his attention and research on the geopolitical arena but has a deep personal interest in folklore, mythology and the cosmological belief systems of ancient and indigenous cultures. Today we are going to talk about Fracking or Hydraulic fracturing. It is the process of forcing open fissures in subterranean rocks, specifically oil and gas rich shale, to be able to extract it. A mixture of water, chemicals, and sand is injecting into a well at high pressure, this fractures the shale and props open fissures that causes the gas to flow out of the well. There are a lot of problems with this procedure and causes many side effects. Today we are going ot detail a few of these. We’ll also discuss the globalist finanical war against mankind and the systematic destruction of various cultures around Europe. Cyprus, Ireland and Sweden have all been decimated since they joined the European Union. In the second hour with Ian we will continue to talk about the systematic destruction of the ecosystem, how despite the green wave and environmentalism, projects like Agenda 21 is about moving people from the rural areas into the cities. Fracking is something that aids this more than anything else, making large areas uninhabitable and are forcing people of their land – where they can live as they please. We also discuss the Georga Guidestones, the underlying agenda, the game of monopoly, corporate fascism and crony capitalism. Government claims to keep us safe with their rules, laws and regulation but fail on every level since they are the ones who are sanctioning this to proceed. Later, we tie in the BP Deep water Horizon scandal in the gulf. 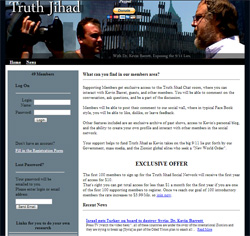