Nov 19, 2010
Ian Crane, an ex-oilfield executive, is back on the program today to discuss his latest lecture on the "BP oil spill, population reduction and the end of an age". We talk about the hidden aspects of the BP oil spill, look behind the scenes and connect many of the dots that the media has failed to connect. We try to present an image of what really has been unfolding in the Gulf of Mexico since the Deepwater Horizon drilling rig explosion April 20th. Topics discussed: Ian's talk in Sweden and Ireland, April 19th, Sacrifice of Fire, falls flag attack, sears towers, Seeds of David, Jimmy Harrell, Transocean, Blow out Preventer, Ronald Sepulvado, Donald Vidrine, Robert Kaulza, Haliburton, faulty cement, avoiding to testify, Phi Beta Kappa, Freemasonry, Shriners, Matt Simmons, Lambda Coordinates, Goldman Sachs, Alaska, Amaco, Ted Stevens, Monsanto, Blackwater, Xe Services and more. In the second hour we proceed with Ian Crane in our second hour for our members and address the BP control of the beaches as well as the media coverage in the Gulf states. How deep do the BP tentacles go? Do they extend into the government and other businesses? We discuss the health issues with Corexit and a flesh eating bacteria. Will this spread with the Gulf stream? Ian shares the prophetic stories told to him while visiting the local people of Cusco in Peru and we compare these stories with the events now unfolding in the world. Topics discussed: BP media control, control of beaches, Lord Brown, Tony Hayward, Carl-Henric Svanberg, the conspiracy network, BP tentacles, Corexit, Obama NOT swimming in the Gulf, flesh eating bacteria: Vibrio Vulnificus, Florida economy, Alberto Villoldo, Solar Storms, the aggressive agenda of the establishment, waking up, negative and positive consequences and more.

"The Rig's on Fire! I Told You This Was Gonna Happen!"

BP Population Reduction and the End of an Age 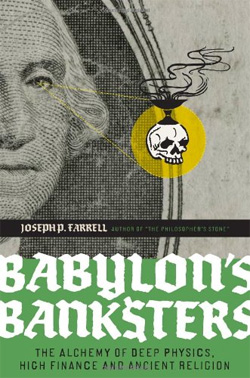