Doxing Only Works Once

Dr. Greg Johnson is the editor-in-chief of Counter-Currents and its journal, North American New Right. Greg is also the author of Confessions of a Reluctant Hater, New Right vs. Old Right, and Truth, Justice, and a Nice White Country.

Greg returns to discuss recent developments in American politics, the Alt-Right, and elsewhere. To begin, we dive into the doxing of Millennial Woes. We consider the reasons why the Left favors doxing. Greg reminds us that they dox us because it works; since our views are so heavily stigmatized, being associated with them carries a social cost. We then discuss the media treatment of Millennial Woes, and how shining such a spotlight on someone speaking the truth can backfire. Later, we talk about “Hailgate”, which leads to a discussion on the effectiveness of trolling versus building real-world networks. This show also explores the recent doxing of Mike Enoch, which raised quite a bit of controversy. Greg tells us why he supports Mike Enoch. (Note: The first interview Mike did after his identity was revealed has been taken down.) 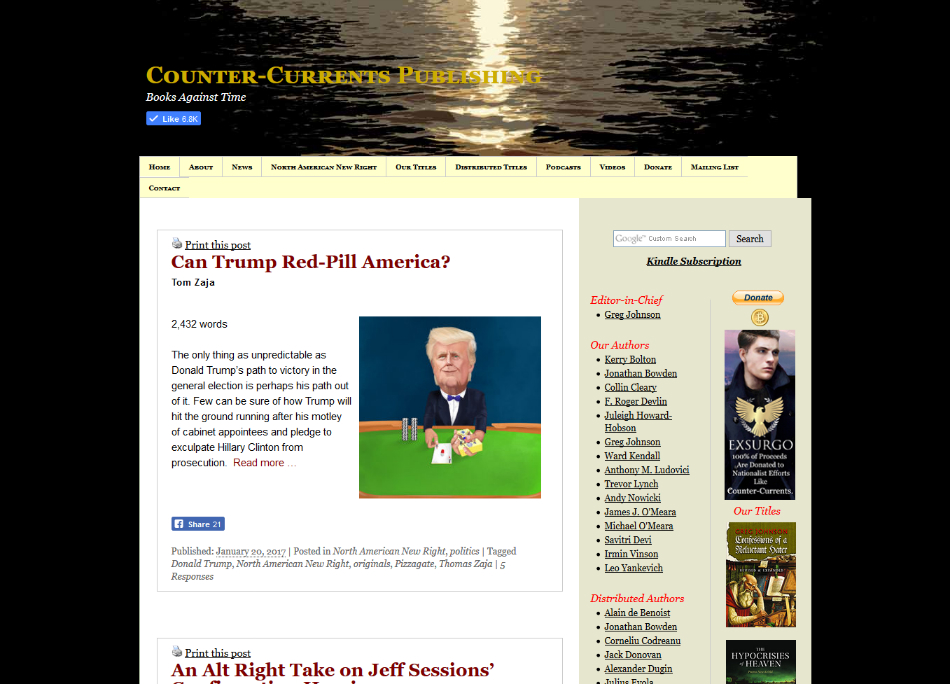