Dec 1, 2014
Mike King is a private investigative journalist and researcher based in the New York City area. A 1987 graduate of Rutgers University, King's subsequent 27 year career in Marketing & Advertising has equipped him with a unique perspective when it comes to understanding how "public opinion" is indeed scientifically manufactured. He is back with us to talk about how the Ferguson situation is being used to further the agenda of the elites. We begin by discussing how the momentum of this case was fueled by many details being concealed from the general public along with an orchestrated announcement of the grand jury’s decision to waive an indictment. Mike explains how Al Sharpton’s involvement in the White House is a classic example of “good cop/bad cop” working towards triggering a nationwide uprising that will serve as a pretext for a crackdown by the Department of Homeland Security. Then, we take a look at how media attention of the Ferguson riots has completely overshadowed Obama’s recent decision to grant broad-based amnesty to millions of illegal immigrants, a very damaging move that will inevitably lead to increased mass immigration. Also, Mike talks about the microcosm of California, the problems of multiculturalism and the Department of Housing and Urban Development’s efforts to ensure diversity is distributed equally across US communities. Further, we examine how Political Correctness is now the New Religion along with the double standards surrounding our freedom of speech. In the second hour, we shift gears as we go over Mike’s article called “Hitler in Argentina Hoax,” where he takes a closer look at the evidence presented for the case that Hitler escaped the bunker in Berlin and got away to South America. We discuss the hoax industry that has popped up around WWII, the Nazi’s and Hitler, in which many theories are based on a handful of ambiguous statements by third parties and with no real substantiated evidence. We end by considering the reasons behind why most journalists refuse to touch the WWII/Holocaust subject.

The British Mad Dog: Debunking the Myth of Winston ChurchillPlanet Rothschild & The Lie of DemocracyThe BAD War: Chronology of Events, from 1848 - WWIIYazidis, World War II Untangled & Degeneracy of the West

D-A-D - Sleeping My Day Away 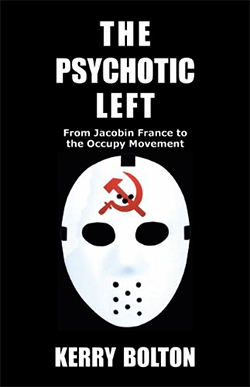