Planet Rothschild & The Lie of Democracy

Jul 24, 2015
Mike King is a private investigative journalist and researcher based in the New York City. A 1987 graduate of Rutgers University, King's subsequent 27 year career in Marketing & Advertising has equipped him with a unique perspective when it comes to understanding how "public opinion" is scientifically manufactured. Mike has recently released three new books: “Planet Rothschild,” “Mein Side of the Story” and “Killing America.” Our discussion begins with the family the mainstream media never mentions – the Rothschilds. Mike asserts that this powerful Jewish banking dynasty has been at the core of the 250-year-old NWO drama, with big government involved as their ultimate customer. We speculate how and why the big shots behind this demagoguery are rarely every touched by the media, and we also look at some major points in history that solidified in their advancement, including the defeat of the anti-usurer, Napoleon Bonaparte. Mike emphasizes the Marxist origins of democracy, explaining that it was created as a tool of subversion not included in the vision of the US’s founding fathers. We look at the connections from Rothschild interests to the formation of Israel, to globalist political players, and to the billionaire George Soros. Then, we talk about why Greece has been completely sold out by the left, and why Spain suddenly feels the need to apologize to the Jews for the 1492 Edict of Expulsion. In the members’ hour, we jump into the subject of the escalating war on Whites that is infiltrating Western civilization. We talk about the US Department of Housing and Urban Development (HUD) “fair housing” program that Obama is pushing on “too white” suburbs across the country. We speculate about Donald Trump’s bid for presidency in what appears to be another game of controlled opposition rigged to keep hostile anti-White elites in control of the battleship. Further, we get into the stripping away of America that is taking place at a startling rate, from the symbolic destruction of Confederate monuments and the banning of the Confederate flag to the rising threat of “microaggression” by evil White people. At the end, we discuss the disturbing exhibit honoring mass murderer Ghengis Kahn and “utterly groundbreaking” mainstream media programming aimed at denigrating Whites. 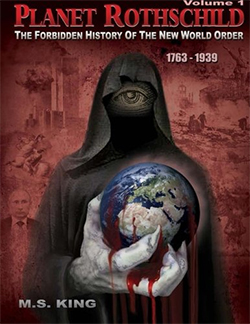