Dec 5, 2015
Jay Dyer is behind the website JaysAnalysis, which is dedicated to investigating the deeper themes and messages found in our globalist pseudo culture and illustrating the connections between philosophy, metaphysics, secret societies, Hollywood, psychological warfare and comparative religion. Dyer deconstructs these subjects in his weekly talk radio show, Esoteric Hollywood.

The conversation with Jay begins on the lethal San Bernardino Muslim couple, Syed Rizwan Farook and Tashfeen Malik, and the media circus that was allowed to trample through the crime scene contained within the killers’ home. Jay talks about the intricate relationship between the media, the military and intelligence agencies, and we look at the inconsistent stories coming out from shoddy journalists. Then, we discuss the increase in violence and crime directly related to Islam within Europe and the many incidents that are ignored or covered up by the mainstream. Jay outlines the globalist corporate plan to open borders, and we consider how the false dialectic of mainstream politics plays into the religion of consumerism.

In the members’ hour, we get into the chaos that has been created by multiculturalism and Islam in the West. Jay illustrates how ISIS affiliates have cropped up in countries formerly invaded by the US in the march for Middle Eastern oil domination. Further, we evaluate Turkey’s NATO-driven role in arming the forces aimed at overthrowing Assad and ushering in a new regime aligned with Israel. Then, Jay talks about the big picture of liberalism and the modern-day, anti-nature notion of interchangeable humanness that was scripted during the enlightenment and French Revolution. Later, we look at the establishment’s long term social engineering plans that are being rolled out through the educational system. At the end, Jay addresses our current cultural infantilism and the degeneration of popular entertainment. 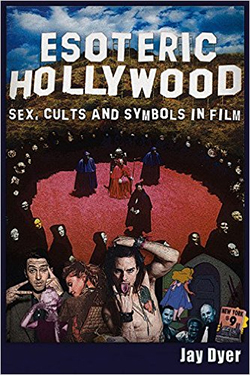