Jun 13, 2014
Joseph Atwill is an independent scholar who has set the world of New Testament scholarship in a new direction. In his book Caesar's Messiah, Atwill outlines the series of events in Jesus' ministry that are parallels with the events of the battle campaign of Titus Flavius. He returns to discuss his latest work, Shakespeare's Secret Messiah. Continuing his exposé on the New Testament, Atwill demonstrates that the thrust behind the famous playwright’s work was to wreak literary revenge against Titus, Rome and Christians. Joseph explains how the plays are a reversing of the typology of the gospels, from a Jewish perspective. The Bard’s hidden war on the Roman Catholic Church, encoded in ‘puzzle passages’ in the plays, is the key that finally unlocks the true identity of ‘Shakespeare,’ explaining why the real author chose to hide behind a pseudonym. In the second hour, we’ll discuss how religion was used as part of the futile system. We also talk about A Course in Miracles, the 60’s hippie movement and entertainment as mind control ops that are part of today’s slave system. Then, we’ll continue on neo-feudalist techniques going on today. Later, we talk about deliberate actions aimed at destroying the west and the current vengeance on the European people. 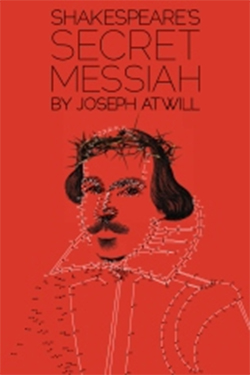