J.D. Salinger & The Freemason in the Rye

Apr 13, 2015
Joseph Atwill is an independent scholar whose revolutionary approach to understanding the Christian Gospels opened up the hidden history of Western Civilization to Joseph, which enabled him to recognize the typology that underlies stories by authors such as Marlowe and Shakespeare. Jerry Russell obtained a MSEE from Stanford University, went on to complete a doctorate in cognitive psychology at the University of Oregon. From 99 to 2001, he became increasingly dismayed by economic and political events, including the 9/11 ‘terrorist’ attacks, and began devoting his time to researching elite criminality and conspiracy. Our discussion concerns Atwill’s recent article, The Freemason in the Rye, which exposes the many mysteries attached to J D Salinger’s 1951 novel, Catcher in the Rye. To begin, Atwill explains the language of the oligarchs, typology, an understanding of which gives new meaning to the seemingly incomprehensible story of Holden Caulfield. We look at why this morally destructive book has remained on mandatory reading lists for American high school students, and how it has come to be associated with many famous assassinations. Joseph outlines how the entirety of the book is basically a cryptic representation of Caulfield going through the levels of Freemasonry, with a central mystery concerning the identity of the secret society, and an unknown oath that is eventually pledged “to the death” by this essentially degenerate anti-hero. We consider Salinger’s background and the time frame that Catcher in the Rye emerges, which coincides with the beginning of the psychedelic drug culture in the late 50s, produced and funded by the covert CIA operation MKUltra. Joseph and Jerry give examples of post WWII government mind control experiments that were done to debase and control the masses by promoting the acceptance of sex, drugs and rock & roll while destroying traditional family values. In the second half, we take a deeper look at the question of the big “F*** You” repeatedly presented in the book. We weigh up how the book, amongst others, including the Christian Gospels and works by Shakespeare, has been used by the vain oligarchs to covertly depict their sick and destructive agendas. In conclusion, Atwill goes into the symbolic nature of the Beatles song “I am the Walrus,” a sick genocidal homage to the generation that they helped lead off a cliff.

postflaviana.org
A Pedophile Fantasy in the Rye
911-strike.com
caesarsmessiah.com
The Freemason in the Rye
The Catcher in the Rye enigma
Autosuggestion
Gregory Bateson and the OSS: World War II and Bateson’s Assessment of Applied Anthropology
Jupiter rising, WTC falling…
The Trappings of Modern Art - Guy Gets Stuck in Vulva
frankfur
No Country for Old Men (film)
'The film was run like a CIA operation': Inside the secretive documentary 'Salinger' that promises major revelations about reclusive author of the Catcher in the Rye 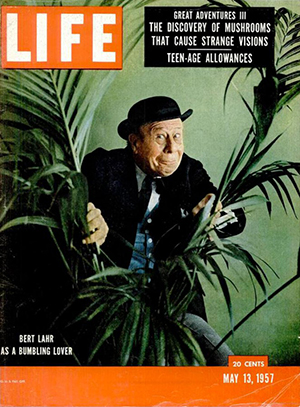 The Beatles - I Am The Walrus 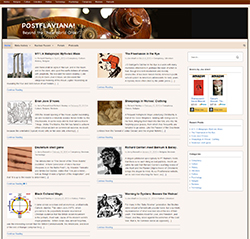