Jun 16, 2014
Returning guest, Jon Rappoport is an investigative journalist, author and publisher of the website nomorefakenews.com. He has worked as an investigative reporter for 30 years, writing articles on politics, medicine, and health. Although his main focus over these years has been the power of the imagination and creativity, he is most often cited and interviewed on conspiracies and global elites. In this program, we’ll explore Snowden. Who is he and what’s really going on? We’ll also take a closer look at his favored journalists and talk about what he’s doing in Russia. Jon also discusses how the NSA wants to know how their spying is affecting us and in what ways. The thought police is here. Facebook has admitted to saving everything you type, even if you don’t publish it. They want to know what you are self-censoring. We’ll discuss how people have been conditioned to self censor. In the second hour, we’ll discuss the L.A. Clippers’ Donald Sterling controversy and how this was a possible psyop. Jon explains how our language is “shrinking” and we are being taught to police ourselves. We’ll talk about how political correctness is creating wimps in a society of “friendly fascism.” Later, we talk about the power of comedy to rid of the social stigma associated with certain words. 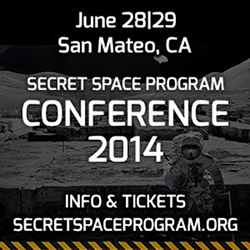