Feb 18, 2015
Jon Rappoport is an investigative journalist, author and publisher of the website nomorefakenews.com. He has worked as an investigative reporter for 30 years, writing articles on politics, medicine, and health. He returns to give a continuation on the unfolding vaccine scandal. This time we look at the claim that Disneyland was at the center of a recent measles outbreak. Jon details the fraud of so called "herd immunity." We also discuss the attack on parents who choose to not vaccinate their children as the Center for Disease Control (CDC) and the media have joined forced to begin the push for mandatory vaccination. We'll talk about the key studies, the efficacy of vaccinations and real statistics when it comes to vaccine damage in the United States. The MMR vaccine and autism has been known by the CDC for many years, but continues to be denied. Jon tells us more about what he calls the advent of the "synthetic population." In the second hour, we discuss what you can do to opt-out of vaccinations and what options are available to parents who don't want to jeopardize the health of their children. We continue on the incentives for the vaccine lobby and the political revolving-door between government and the pharmaceutical industry. Further, we speak on the pathology of ABC news anchor Brian Williams, who recently was caught lying and exaggerating his involvement in certain stories. This brings us to the issue of the crumbling US health care system and how Obama Care will be the final nail in the coffin of health care choices. We end on the control of the media and how many stories that should be major exclusives are simply avoided and omitted. 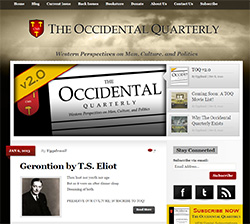