Feb 15, 2016
Jon Rappoport has worked as a free-lance investigative reporter for over 30 years. He is the author of several books, including “AIDS, Inc.: Scandal of the Century.” He is behind the website NoMoreFakeNews.com. Dr. Sherri J. Tenpenny, founder of Tenpenny Integrative Medical Center in Middleburg, Ohio, has been board certified in Osteopathic Manipulative Medicine since 1995. She has written two best-selling books, “FOWL! Bird Flu: It’s Not What You Think” and “Saying No To Vaccines: A Resource Guide for All Ages.” Andreas Bachmair is a German homeopath physician with a practice in Kreuzlingen, Switzerland. The focus of his work for over a decade has been the treatment of vaccine-related injuries. This led him to create the website VaccineInjury.info. He is also the author of the newly released book, “Sarah Doesn’t Want to be Vaccinated.”

Our three returning guests join us for a discussion on the dangerous affair of vaccines and the misleading propaganda being peddled by infectious disease agencies. We begin with an in-depth look into the latest “outbreak” hysteria centered on Zika, where the main controversy of the mosquito born virus cropping up in Brazil is being linked to microcephaly in newborn babies by the World Health Organization. Jon gives the generalities of the fraudulent science backing the WHO’s claims and he explains how this scare is being used as a psyop to cover up another serious problem. Sherri talks about the recent MMR vaccine campaign that led to the re-vaccination of around 39,000 women of child bearing age in Brazil, and she lays out how the Zika virus being labeled as an international emergency could allow an epic opportunity for the big-pharma-funded FDA to roll out a mass utilization of untested vaccinations. In addition, we get into the incestuous affairs of the “virus hunter” branch of the CDC, along with their ties to the mainstream press and the giant pesticide corporations that are making big bucks in Brazil.

In the members’ segment, we address some of the foundations of the vast vaccine debate. Andreas talks about the online survey he’s been collecting for over five years in order to study different illnesses in unvaccinated vs. vaccinated children. We consider the 1.3 trillion dollar worldwide pharmaceutical industry’s cornerstone business of vaccine production and the scam statistics that keep these toxic concoctions flowing through the medical marketplace. Then, we discuss the immune system’s natural defense mechanisms, the false premise that humans should never get sick, and the benefits of naturally occurring of childhood diseases. We put focus on the deadly HPV vaccine, Gardasil, and the horrible implications that this reproductive system destroying inoculation is another device to stop the growth of certain populations. Further, we deliberate the huge moneymaking scam of the National Cancer Institute’s futile attempts to find a link between viruses and cancer. The conversation rounds off with a look at the deeper issue of why vaccines are falsely promoted as protection for the young, the old, and the chronically ill. 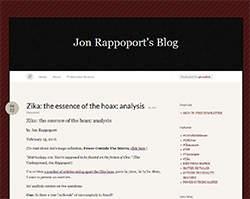