The Ferguson Frenzy & The Technocrat War on Human Nature

Dec 31, 2014
Patrick Henningsen is the founder and managing editor of 21st Century Wire, an independent virtual journal that delivers news and exposés on intelligence, foreign policy, climate change, the war on terror, technology and Wall Street. Patrick has been a regular guest on the program and joins us again today to discuss the Ferguson fiasco and some of the surrounding issues concerning race, individuality, destruction of culture, and what the end game plan is for the technocrats as they bring in more control by conjuring up more chaos with the aid of willing accomplices and naïve, good intended people. We consider how modern activism is motivated by the influence of social media and the dangerous divide that is being created in America through the weaponization of political correctness. Patrick analyzes the compulsive behavior displayed by politicians who use crisis situations as a way to grab as much political capital as possible. We look at the fallacies of mob mentality, mob justice and inherent white privilege. Then, Patrick talks about how Americans are becoming increasingly class conscious and narcissistic while at the same time falling into the traps of political activist groups that are essentially promoting a war on human nature with their collectivist agenda. In the members’ hour, we reflect on the militarization and mechanization of the police force and situations like the Eric Garner incident that fuel the frenzy of the Hegelian dialectic. We also ponder the rapid homogenization of culture, ethnic erosion, and white guilt. Later, we’ll compare the similar views and goals of the left and the right as well as deliberate the evolution of class and gender warfare, our oligarchic rulers, and the wide acceptance of inherited wealth and fame. In closing, Patrick shares his views on the crab mentality of egalitarianism. 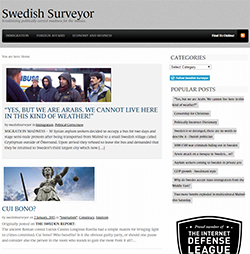