Jul 9, 2011
Gilad Atzmon was born in Israel, now living in the UK. He is a successful jazz musician as well as a prolific writer. Atzmon writes on political matters, social issues, Jewish identity and culture. He specializes in writing about Jewish identity politics and how it fits into Jewish ideology. His papers are published in many press outlets around the world. His novels 'Guide to the perplexed' and 'My One And Only Love' have been translated into 24 languages. Gilad joins us as the third guest in our series to discuss Zionism and multiculturalism. He'll begin discussing the three different types of Jewish ideology: the Jewish people, the Jewish religion and Jewishness. Then, he'll point out different Jewish manifestations in politics, left vs. right and talk about the oxymoron of Jewish left. Gilad will also talk about the Abrahamic Jews, Jewish migration and why the Middle East is so important, especially for the Zionists. We'll discuss why so much money goes to Israel, the America/Israel connection, the Rothschilds and why Britain joined forces with Israel. Gilad tells us about Jewish anti-Zionists and the difference between being Jewish verses operating politically as Jews. He'll also talk about anti-Semitic sensitivity and where he thinks it comes from. Gilad ends the interview using music as a metaphor to share his thoughts on multiculturalism and struggle.

The Protocols of the Elders of London

U.S. Aid to Israel: The Subject No One Mentions

1933: Zionists sign a deal with Hitler - The Transfer Agreement

Guide to the Perplexed

My One & Only Love 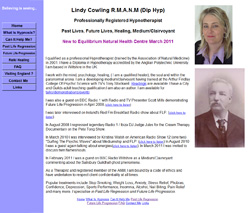