Mar 6, 2015
Gilad Atzmon is a British jazz artist and author born in Israel and trained in composition and jazz at the Rubin Academy of Music, Jerusalem. He is a member of the Blockheads, founded the Orient House Ensemble in London, and has recorded and performed with many rock music legends. Gilad also writes on political matters, social issues, Jewish identity and culture. He has written two novels, and his latest book, The Wandering Who? is a study of Jewish identity politics. In the first hour, Mr. Atzmon gives an account of the recent cancellation of his scheduled performance with the Orient House Ensemble at Manchester’s Royal Northern College of Music. The prestigious cultural institute gave into pressure to stop the show by the ultra-Zionist organization North West Friends of Israel (NWFOI), who accused Atzmon of “fostering anti-Semitism” and denying the holocaust. Gilad speaks about the historically strained relationship between Jews and Europeans, the questionable ethics of the Boycott, Divestment and Sanctions Movement (BDS Movement) and the serious issue of British pedophile networks. Then, he talks about the controlled opposition of the Jewish anti-Zionist network, which diverts attention from Israel’s ethnic cleansing of Palestinians, and the Leftist domination that has left Palestine to crumble. Gilad gets into the largely Jewish phenomenon of identity politics, the division of Europe’s working class, and enforced monoculture. In an exceptional extended second half, Gilad speaks to the psychopathic principles of Israel’s PM Benjamin Netanyahu and his process of projection. We discuss the link between the BDS boycott movement, funding from liberal Zionist George Soros, LGBTQ influence and the role of the Open Society associating gay rights with the Palestinian cause. Later, we examine the effects of splicing society into marginal discourses and the disastrous sexual revolution. In conclusion, we chew over the root cause of pervasive fear of anti-Semitism.

The Wandering Who?
Guide to the Perplexed
My One & Only Love
The Invention of the Jewish People
Thirteenth Tribe
Israel and the Clash of Civilisations: Iraq, Iran and the Plan to Remake the Middle East
The Holocaust Industry: Reflections on the Exploitation of Jewish Suffering, New Edition 2nd Edition

Immediate Music - Destiny Of The Chosen 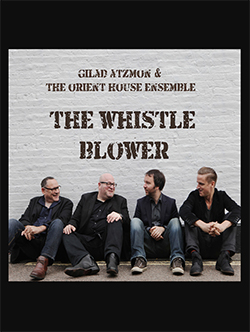