Americans never give up your guns 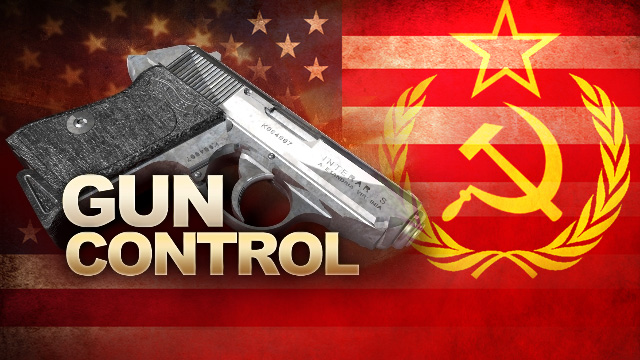 These days, there are few things to admire about the socialist, bankrupt and culturally degenerating USA, but at least so far, one thing remains: the right to bear arms and use deadly force to defend one’s self and possessions.

This will probably come as a total shock to most of my Western readers, but at one point, Russia was one of the most heavily armed societies on earth. This was, of course, when we were free under the Tsar. Weapons, from swords and spears to pistols, rifles and shotguns were everywhere, common items. People carried them concealed, they carried them holstered. Fighting knives were a prominent part of many traditional attires and those little tubes criss crossing on the costumes of Cossacks and various Caucasian peoples? Well those are bullet holders for rifles.

Various armies, such as the Poles, during the Смута (Times of Troubles), or Napoleon, or the Germans even as the Tsarist state collapsed under the weight of WW1 and Wall Street monies, found that holding Russian lands was much much harder than taking them and taking was no easy walk in the park but a blood bath all its own. In holding, one faced an extremely well armed and aggressive population Hell bent on exterminating or driving out the aggressor. 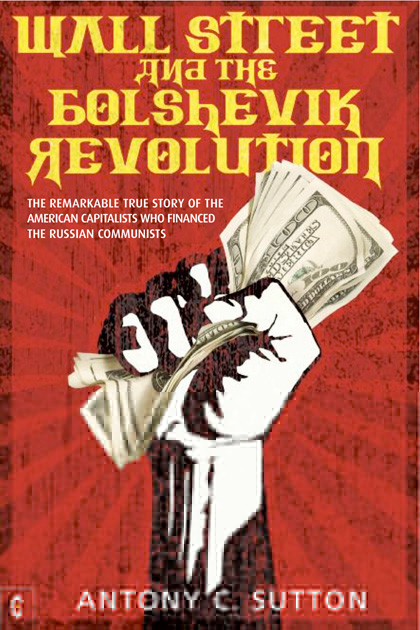 Wall Street and the Bolshevik Revolution

This well armed population was what allowed the various White factions to rise up, no matter how disorganized politically and militarily they were in 1918 and wage a savage civil war against the Reds. It should be noted that many of these armies were armed peasants, villagers, farmers and merchants, protecting their own. If it had not been for Washington’s clandestine support of and for the Reds, history would have gone quite differently.

Moscow fell, for example, not from a lack of weapons to defend it, but from the lying guile of the Reds. Ten thousand Reds took Moscow and were opposed only by some few hundreds of officer cadets and their instructors. Even then the battle was fierce and losses high. However, in the city alone, at that time, lived over 30,000 military officers (both active and retired), all with their own issued weapons and ammunition, plus tens of thousands of other citizens who were armed. The Soviets promised to leave them all alone if they did not intervene. They did not and for that were asked afterwards to come register themselves and their weapons: where they were promptly shot. 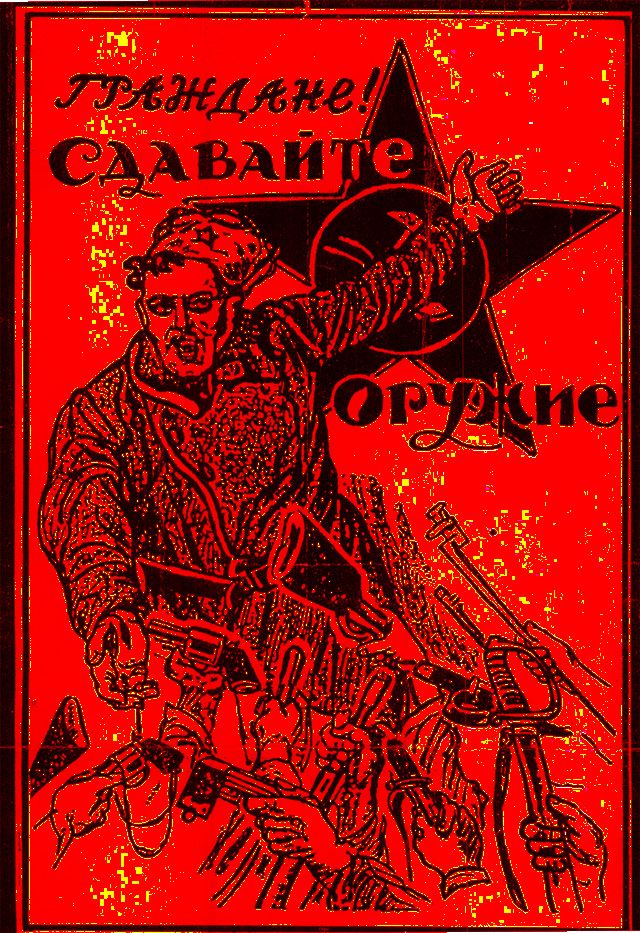 Of course being savages, murderers and liars does not mean being stupid and the Reds learned from their Civil War experience. One of the first things they did was to disarm the population. From that point, mass repression, mass arrests, mass deportations, mass murder, mass starvation were all a safe game for the powers that were. The worst they had to fear was a pitchfork in the guts or a knife in the back or the occasional hunting rifle. Not much for soldiers.

Watch Jüri Lina’s Shadow of Hermes (2011) for documentation of the genocide and atrocities in Soviet Russia.

To this day, with the Soviet Union now dead 21 years, with a whole generation born and raised to adulthood without the SU, we are still denied our basic and traditional rights to self defense. Why? We are told that everyone would just start shooting each other and crime would be everywhere....but criminals are still armed and still murdering and too often, especially in the far regions, those criminals wear the uniforms of the police. The fact that everyone would start shooting is also laughable when statistics are examined.

While President Putin pushes through reforms, the local authorities, especially in our vast hinterland, do not feel they need to act like they work for the people. They do as they please, a tyrannical class who knows they have absolutely nothing to fear from a relatively unarmed population. This in turn breeds not respect but absolute contempt and often enough, criminal abuse.

For those of us fighting for our traditional rights, the US 2nd Amendment is a rare light in an ever darkening room. Governments will use the excuse of trying to protect the people from maniacs and crime, but are in reality, it is the bureaucrats protecting their power and position. In all cases where guns are banned, gun crime continues and often increases. As for maniacs, be it nuts with cars (NYC, Chapel Hill NC), swords (Japan), knives (China) or home made bombs (everywhere), insane people strike. They throw acid (Pakistan, UK), they throw fire bombs (France), they attack. What is worse, is, that the best way to stop a maniac is not psychology or jail or "talking to them", it is a bullet in the head, that is why they are a maniac, because they are incapable of living in reality or stopping themselves.

The excuse that people will start shooting each other is also plain and silly. So it is our politicians saying that our society is full of incapable adolescents who can never be trusted? Then, please explain how we can trust them or the police, who themselves grew up and came from the same culture?

No it is about power and a total power over the people. There is a lot of desire to bad mouth the Tsar, particularly by the Communists, who claim he was a tyrant, and yet under him we were armed and under the progressives disarmed. Do not be fooled by a belief that progressives, leftists hate guns. Oh, no, they do not. What they hate is guns in the hands of those who are not marching in lock step of their ideology. They hate guns in the hands of those who think for themselves and do not obey without question. They hate guns in those whom they have slated for a barrel to the back of the ear.

So, do not fall for the false promises and do not extinguish the light that is left to allow humanity a measure of self respect.
Source: pravda.ru 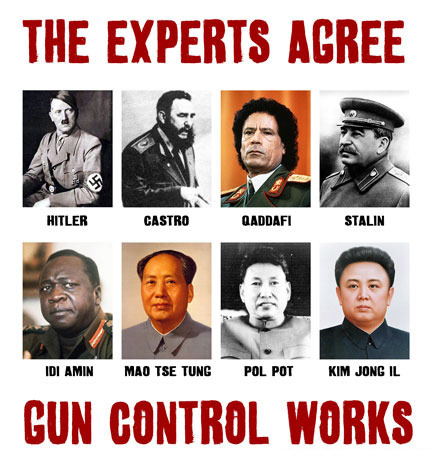 Comment: Watch out for the new propaganda TV series "The American’s" coming at the end of January 2013. Check out some of the show art work. Makes you cringe. 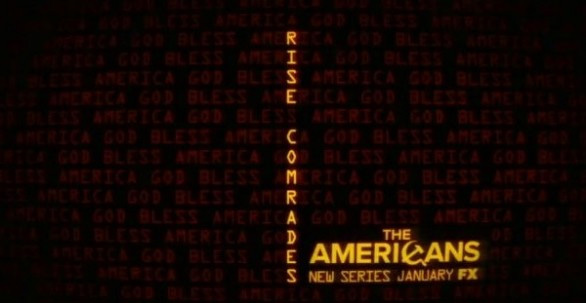 The Devil is in the details: "Rise Comrades" !? 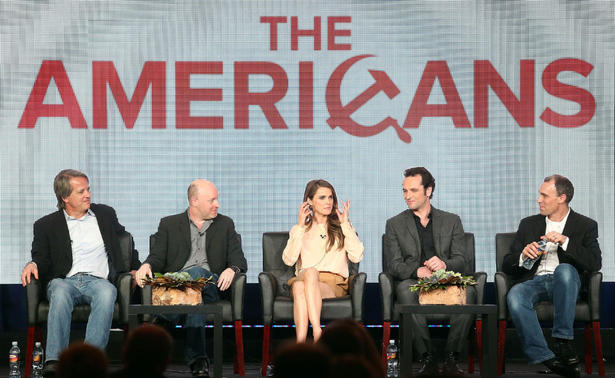 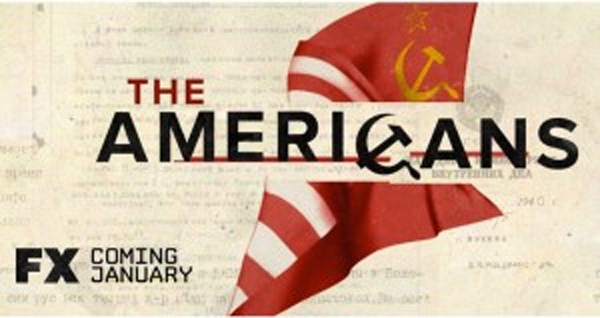 It’s all a coincidence, it’s just entertainment ...nothing symbolic, go back to sleep.