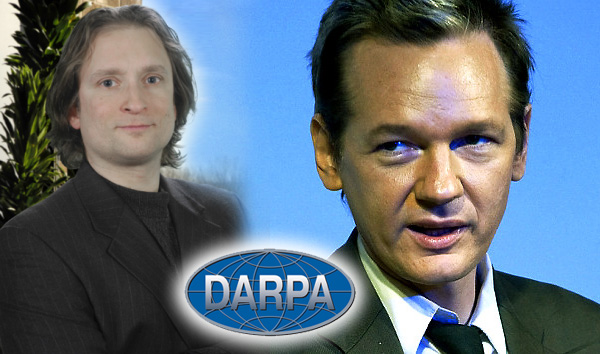 I wanted to ask you about [Peiter Zatko, a legendary hacker and security researcher who also goes by] “Mudge.”

Mudge is now leading a project at the Pentagon’s Defense Advanced Research Projects Agency to find a technology that can stop leaks, which seems pretty relative to your organization. Can you tell me about your past relationship with Mudge?

Were you part of the same scene of hackers? When you were a computer hacker, you must have known him well.

We were in the same milieu. I spoke with everyone in that milieu.

What do you think of his current work to prevent digital leaks inside of organizations, a project called Cyber Insider Threat or Cinder?

I know nothing about it.

But what do you of the potential of any technology designed to prevent leaks?

What do you mean?

New formats and new ways of communicating are constantly cropping up. Stopping leaks is a new form of censorship. And in the same manner that very significant resources spent on China’s firewall, the result is that anyone who’s motivated can work around it. Not just the small fraction of users, but anyone who really wants to can work around it.

Airgapped networks are different. Where there’s literally no connection between the network and the internet. You may need a human being to carry something. But they don’t have to intentionally carry it. It could be a virus on a USB stick, as the Stuxnet worm showed, though it went in the other direction. You could pass the information out via someone who doesn’t know they’re a mule.

Back to Mudge and Cinder: Do you think, knowing his intelligence personally, that he can solve the problem of leaks?

Mudge is a clever guy, and he’s also highly ethical. I suspect he would have concerns about creating a system to conceal genuine abuses.

But his goal of preventing leaks doesn’t differentiate among different types of content. It would stop whistleblowers just as much as it stops exfiltration of data by foreign hackers.

I’m sure he’ll tell you China spies on the U.S., Russia, France. There are genuine concerns about those powers exfiltrating data. And it’s possibly ethical to combat that process. But spying is also stabilizing to relationships. Your fears about where a country is or is not are always worse than the reality. If you only have a black box, you can put all your fears into it, particularly opportunists in government or private industry who want to address a problem that may not exist. If you know what a government is doing, that can reduce tensions.

Read the entire interview at forbes.com