Bring on the nanobots, and we will live long and prosper 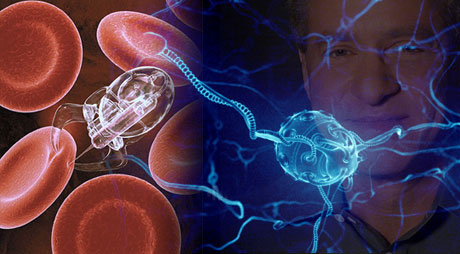 We are nearing a tipping point in life extension, thanks to technologies that enhance our health and maximise resources

Extending human life expectancy is not a new story. When our genes evolved thousands of years ago, it was not in the interests of the species for people to live past child-rearing as resources such as food were in very short supply. So human life expectancy was in the 20s a thousand years ago. It was only 37 in 1800. It is now pushing 80, and we have been adding about three months each year for the past several decades.

This progression is about to go into high gear. Until recently, health and medicine was a hit or miss affair. We would discover interventions such as drugs that had benefits but also many side effects. We did not have the means to design interventions, but that is changing. The breakthrough in stem-cell biology reported this week offers just one example of the progress. With the completion of the human genome project in 2003 and the advent of techniques such as RNA interference, which can turn off the genes that promote disease and ageing, medicine has transformed itself into an information technology. It is now subject to what I call the "law of accelerating returns" - a doubling of capability (for the same cost) each year. For example, the amount of genetic data collected has doubled every year since 1990, and the cost has come down from $10 per base pair to a fraction of a penny.

As a result, technologies to literally reprogramme the "software" (ie the genes) that underlie human biology will be a thousand times more powerful than they are today in a decade, and a million times more powerful in two decades. According to my models, we will be adding more than a year every year to our remaining life expectancy only 15 years from now. That will be a tipping point in life extension. Rather than the sands of time running out with passing time, they will be running in. The further out in time we go, the more advances we will be able to take advantage of.

Within a couple of decades, we will have "nanobots" in our blood stream, basically small robots the size of blood cells, that will keep us healthy at the cellular and molecular level. There are already dozens of successful experiments with a first generation of such devices in animals. One scientist cured type-I diabetes in rats with a blood cell-sized device, and scientists at MIT have microscopic devices that can scout out cancer cells in the bloodstream and destroy them. These devices will be a billion times more powerful than they are today in 25 years, and will continue the accelerating path to radical life extension.

The prospect of dramatically reducing the death rate troubles some observers, as they worry about issues such as overpopulation and depletion of natural resources. Indeed, if we considered a world that had radical life extension but no other changes, it would lead to unsustainable stresses. But these same technologies will dramatically change the resource equation as well.

Take energy, for example. We are awash with energy. We have 10,000 times more sunlight than we need to meet 100% of our energy needs. The reason we cannot capture sunlight with sufficient efficiency today is that solar panels are still an old industrial technology. But the same nanotechnology (technology involving the manipulation of individual atoms and molecules) that will bring us nanobots to extend human health and longevity will also result in extremely inexpensive and highly efficient solar panels that will easily capture the one part in 10,000 of the sunlight needed to completely replace fossil fuels. I believe that will happen within 20 years.

There are new technologies emerging that can recycle water at extremely low cost, basically turning dirty water into pure water. About 80% of the disease in the developing world comes from dirty water, and these technologies have the potential to overcome that problem at very low cost in the very near future.

Nanotechnology will also enable the production of food, modules to build housing, and manufacture clothing and the other staples of life, at extremely low cost. These technologies will emerge at the same time as the technologies to extend life are perfected.

Another concern is that a human life span measured in centuries rather than decades will be boring. Again, we need to consider other concomitant changes. We are not talking about becoming what we now think of as a 90-year-old and staying in that condition for hundreds of years. These technologies will enable us to stay young indefinitely.

Moreover, we will have the opportunity to greatly expand our experiences, and even our mental capabilities, through these same technologies. Consider how much richer knowledge and experience is today with the advent of the internet and other communication technologies. The future will be greatly enriched with the advent of such developments as full-immersion virtual reality and the expansion of our thinking ability that will result from merging with the intelligent technology we are creating. Life will be anything but boring.

· Ray Kurzweil is the author of The Singularity Is Near: When Humans Transcend Biology kurzweilai.net