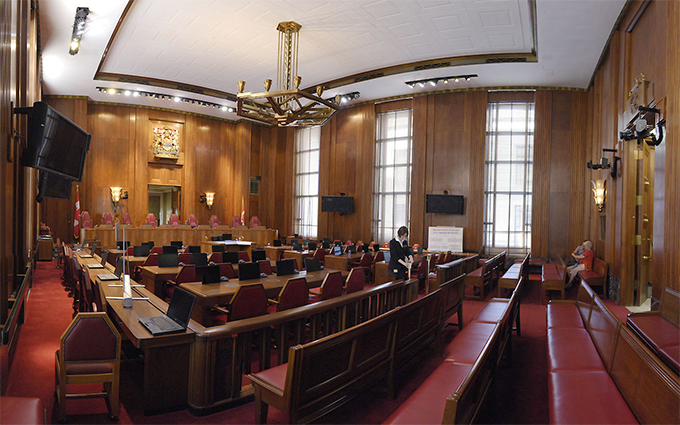 In a dangerous ruling yesterday, a Canadian appeals court upheld an order requiring Google to edit the Internet and effectively "disappear" websites selling a product that allegedly infringed trade secret rights. Google had challenged the order as an improper overreach: a Canadian court shouldn't be using its authority to make rules about what users in other countries can and cannot access. EFF filed a supporting brief , explaining that the order would have likely violated the U.S. Constitution—one of many reasons a foreign court shouldn't presume to issue orders that will affect citizens far beyond its jurisdiction.

In the case, Equustek Solutions v. Morgan Jack, the plaintiff Equustek accused the defendant Morgan Jack of selling counterfeit routers. After getting an order requiring Morgan Jack to stop its activities, Equustek turned to Google, asking it to take down links to the websites. Google offered to remove particular pages that came up on searches on Google.ca, but Equustek wanted more. It wanted to have entire domains removed, and for Google to stop indexing or referencing the entirety of allegedly infringing websites on its search engines worldwide. The trial court ordered Google to do just that.

The appeals court’s decision to affirm that order sets a dangerous precedent. A Canadian court is free to issue orders controlling activity within its jurisdiction. But global orders requiring an intermediary to edit the Internet are something else entirely. Yesterday’s ruling, in a nutshell, lays the groundwork for nations with authoritarian restrictions on speech to also impose their own rules on the global Internet—even if those rules conflict with the laws of other nations. For example, as we explained in our brief, the trial court’s injunction decision would likely not have survived in the U.S., where Google is based.

The case need not end here; Google can still appeal to the Supreme Court of Canada. We hope it does so. No single country should have veto power over Internet speech.