Government Official Hangs Up When Asked About Iodide Purchase 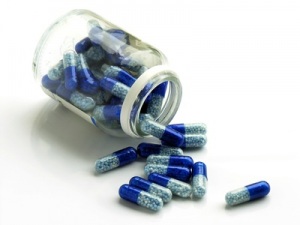 An official with the Department of Health and Human Services hung up when asked if the federal government’s purchase of 14 million doses of potassium iodide was linked to the Fukushima crisis.

As we reported earlier this week, the DHHS put out a solicitation asking for companies to supply 700,000 packages each containing 20 pills to be delivered before the beginning of next month.

Potassium Iodide helps block radioactive iodine from being absorbed by the thyroid gland and is used by victims of severe nuclear accidents or emergencies.

Questions immediately arose as to whether such a large purchase was routine or if it was linked to concerns about radiation from the crippled Fukushima nuclear plant impacting the west coast of America.

When Anthony Gucciardi called the procurement office of the Department of Health and Human Services, he was told that the iodide pills were being supplied to pharmaceutical depots and that the 14 million dose figure was “not out of the ordinary” because iodide pills have a shelf life of seven years and that they were bought in bulk to save taxpayer money, adding that the department also bought “millions of doses of flu” in June.

After the DHHS representative denied that the government was stockpiling the potassium iodide for any particular reason, Gucciardi asked, “Do you have any concerns about Fukushima?”, to which he responded, “I have no idea about any of that….there’s no hidden agenda here.”

“So you don’t actually know why you’re buying it?” asked Gucciardi, a question which immediately prompted the official to say “goodbye” and hang up the phone.