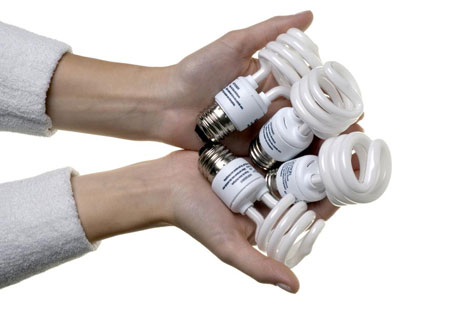 Hundreds of factory staff are being made ill by mercury used in bulbs destined for the West.

When British consumers are compelled to buy energy-efficient lightbulbs from 2012, they will save up to 5m tons of carbon dioxide a year from being pumped into the atmosphere. In China, however, a heavy environmental price is being paid for the production of “green” lightbulbs in cost-cutting factories.

Large numbers of Chinese workers have been poisoned by mercury, which forms part of the compact fluorescent lightbulbs. A surge in foreign demand, set off by a European Union directive making these bulbs compulsory within three years, has also led to the reopening of mercury mines that have ruined the environment.

Doctors, regulators, lawyers and courts in China - which supplies two thirds of the compact fluorescent bulbs sold in Britain - are increasingly alert to the potential impacts on public health of an industry that promotes itself as a friend of the earth but depends on highly toxic mercury.

Making the bulbs requires workers to handle mercury in either solid or liquid form because a small amount of the metal is put into each bulb to start the chemical reaction that creates light.

Mercury is recognised as a health hazard by authorities worldwide because its accumulation in the body can damage the nervous system, lungs and kidneys, posing a particular threat to babies in the womb and young children.

The risks are illustrated by guidance from the British government, which says that if a compact fluorescent lightbulb is broken in the home, the room should be cleared for 15 minutes because of the danger of inhaling mercury vapour.

“Pregnant women and mothers who are breastfeeding must not be allowed to work in a unit where mercury is present,” states one official rulebook.

In southern China, compact fluorescent lightbulbs destined for western consumers are being made in factories that range from high-tech multina-tional operations to sweat-shops, with widely varying standards of health and safety.

Tests on hundreds of employees have found dangerously high levels of mercury in their bodies and many have required hospital treatment, according to interviews with workers, doctors and local health officials in the cities of Foshan and Guangzhou.

Dozens of workers who were interviewed on condition of anonymity described living with the fear of mercury poisoning. They gave detailed accounts of medical tests that found numerous workers had dangerous levels of the toxin in their urine.

“In tests, the mercury content in my blood and urine exceeded the standard but I was not sent to hospital because the managers said I was strong and the mercury would be decontaminated by my immune system,” said one young female employee, who provided her identity card.

“Two of my friends were sent to hospital for one month,” she added, giving their names also.

“If they asked me to work inside the mercury workshop I wouldn’t do it, no matter how much they paid,” said another young male worker.

Doctors at two regional health centres said they had received patients in the past from the Foshan factory of Osram, a big manufacturer serving the British market.

However, the company said in a statement that the latest tests on its staff had found nobody with elevated mercury levels. It added that local authorities had provided documents in 2007 and 2008 to certify the factory met the required environmental standards.

Osram said it used the latest technology employing solid mercury to maintain high standards of industrial hygiene equivalent to those in Germany. Labour lawyers said Osram, as a responsible multi-national company, was probably the best employer in a hazardous sector and conditions at Chinese-owned factories were often far worse.

A survey of published specialist literature and reports by state media shows hundreds of workers at Chinese-owned factories have been poisoned by mercury over the past decade.

In one case, Foshan city officials intervened to order medical tests on workers at the Nanhai Feiyang lighting factory after receiving a petition alleging dangerous conditions, according to a report in the Nanfang Daily newspaper. The tests found 68 out of 72 workers were so badly poisoned they required hospitalisation.

A specialist medical journal, published by the health ministry, describes another compact fluorescent lightbulb factory in Jinzhou, in central China, where 121 out of 123 employees had excessive mercury levels. One man’s level was 150 times the accepted standard.

It also reported a survey of 18 lightbulb factories near Shanghai, which found that exposure levels to mercury were higher for workers making the new compact fluorescent lightbulbs than for other lights containing the metal.

In China, people have been aware of the element’s toxic properties for more than 2,000 years because legend has it that the first emperor, Qin, died in 210BC after eating a pill of mercury and jade he thought would grant him eternal life.

However, the scale of the public health problems in recent times caused by mercury mining and by the metal’s role in industrial pollution is beginning to emerge only with the growth of a civil society in China and the appearance of lawyers prepared to take on powerful local governments and companies.

A court in Beijing has just broken new ground in industrial injuries law by agreeing to hear a case unrelated to lightbulbs but filed by a plaintiff who is seeking £375,000 in compensation for acute mercury poisoning that he claims destroyed his digestive system.

The potential for litigation may be greatest in the ruined mountain landscape of Guizhou province in the southwest, where mercury has been mined for centuries. The land is scarred and many of the people have left.

Until recently, the conditions were medieval. Miners hewed chunks of rock veined with cinnabar, the main commercial source of mercury. They inhaled toxic dust and vapours as the material seethed in primitive cauldrons to extract the mercury. Nobody wore a mask or protective clothing.

“Our forefathers had been mining for mercury since the Ming Dynasty [1368-1644] and in olden days there was no pollution from such small mines,” said a 72-year-old farmer, named Shen.

“But in modern times thousands of miners came to our land, dug it out and poured chemicals to wash away the waste. Our water buffaloes grew stunted from drinking the water and our crops turned grey. Our people fell sick and didn’t live long. Anybody who could do has left.”

The government shut all the big mercury mining operations in the region in recent years in response to a fall in global mercury prices and concern over dead rivers, poisoned fields and ailing inhabitants.

But The Sunday Times found that in this remote corner of a poverty-stricken province, the European demand for mercury had brought the miners back.

A Chinese entrepreneur, Zhao Yingquan, has paid £1.5m for the rights to an old state-run mine. The Luo Xi mining company used thousands of prisoners to carve out its first shaft and tunnels in the 1950s.

“We’re in the last stages of preparing the mine to start operations again in the second half of this year,” said a manager at the site, named Su.

At Tongren, a town where mercury was processed for sale, an old worker spoke of the days when locals slaved day and night to extract the precious trickles of silvery metal.

“I worked for 40 years in a mine and now my body is full of sickness and my lungs are finished,” he said.