Helicopters of the Mysterious Kind

There can be very few people – if, indeed, any – with an interest in UFOs, conspiracies, cover-ups, and strange and sinister goings-on of a distinctly weird nature who have not heard of the so-called “black helicopters” or “phantom helicopters” that seem to play an integral – albeit admittedly unclear – role in perceived UFO-connected events. And one of the biggest misconceptions about this deeply weird phenomenon is that those same mysterious helicopters are lacking in official documentation. Actually not so at all. In fact, exactly the opposite. If you know where to go looking… 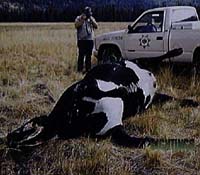 The FBI’s now-declassified files on cattle-mutilations in 1970s USA make for fascinating reading and demonstrate the Bureau had a deep awareness of the presence of the enigmatic helicopters in affairs of the mute kind. On 29 August 1975, Floyd K. Haskell, Senator for the State of Colorado, wrote an impassioned letter to Theodore P. Rosack, Special Agent in Charge of the FBI at Denver, Colorado, imploring the FBI to make a full investigation into the cattle mutilations, in an attempt to resolve the matter once and for all.

He said: “For several months my office has been receiving reports of cattle mutilations throughout Colorado and other western states. At least 130 cases in Colorado alone have been reported to local officials and the Colorado Bureau of Investigation (CBI); the CBI has verified that the incidents have occurred for the last two years in nine states. The ranchers and rural residents of Colorado are concerned and frightened by these incidents. The bizarre mutilations are frightening in themselves: in virtually all the cases, the left ear, rectum and sex organ of each animal has been cut away and the blood drained from the carcass, but with no traces of blood left on the ground and no footprints.”

And there was an unmarked helicopter out in force in Colorado too, as Senator Haskell was only too well aware:

“In Colorado’s Morgan County area there has [sic] also been reports that a helicopter was used by those who mutilated the carcasses of the cattle, and several persons have reported being chased by a similar helicopter. Because I am gravely concerned by this situation, I am asking that the Federal Bureau of Investigation enter the case. Although the CBI has been investigating the incidents, and local officials also have been involved, the lack of a central unified direction has frustrated the investigation.”

He continued: “It seems to have progressed little, except for the recognition at long last that the incidents must be taken seriously. Now it appears that ranchers are arming themselves to protect their livestock, as well as their families and themselves, because they are frustrated by the unsuccessful investigation. Clearly something must be done before someone gets hurt.”

The loss of livestock in at least 21 states under similar circumstances suggested that an interstate operation was being coordinated. Senator Haskell closed his letter by urging the FBI to begin its investigation as soon as possible. Senator Haskell forced the issue by issuing a press release, informing the media that he had asked the FBI to investigate the mutilations. This caused the Denver Post newspaper to take up the Senator’s plea on 3 September:

“If the Bureau will not enter the investigation of the mysterious livestock deaths in Colorado and some adjacent states then Senator Floyd Haskell should take the matter to Congress for resolution.” 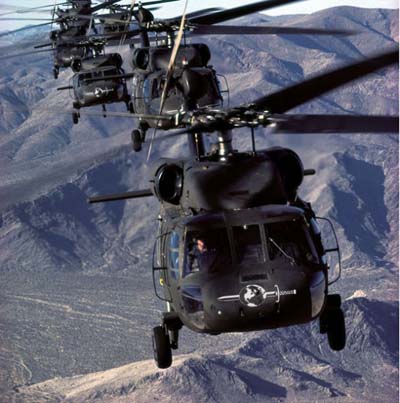