According to a study conducted by the Triangle Center on Terrorism and Homeland Security which was released Friday, February 1, 2013, the original post-9/11 threat of Muslim terrorism that was used to justify the dismantling of the Constitution and the evisceration of civil liberties is exactly what many researchers and activists have been pointing out for years – virtually nonexistent.

In direct contradiction to the constant propaganda and baseless claims from law enforcement officials that terrorists and terrorist plots are being uncovered and stopped every day, the fact is that the official numbers of “terrorist incidents” are dramatically lower. Indeed, these numbers are so low, and are themselves replete with such questionable circumstances, one could make the argument that aside from the occasional psychotic, the threat of such terrorism inside the U.S. does not legitimately exist at all.

According to the study, out of a population of millions of people, only 14 were indicted for involvement in nine different terrorist plots in 2012, itself a decline from 2011. Indeed, fourteen is a much lower number than what may be initially expected considering the level of fear-based propaganda being served to the American people on a daily basis.

Interestingly enough, the Triangle Center study tracks indictments not convictions, meaning that, theoretically, although fourteen individuals were indicted and included in the statistics, all fourteen of them could eventually be found innocent during the course of a trial, while still remaining on the data sheet as a disrupted terrorist. 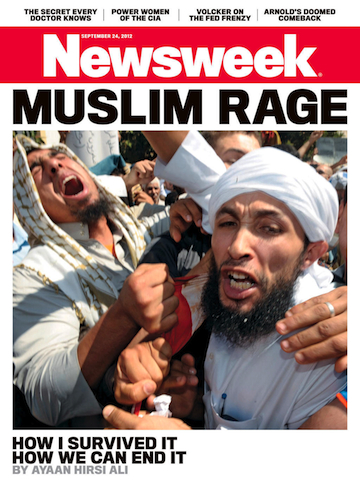 Not only that, but, while most Americans will immediately conjure up images of 9/11, beheadings, and suicide bombings at the first mention of “disrupted terrorist plots,” the fact is that these disrupted plots are not all violent in nature. Partly due to legal technicalities, as well as the broad (and broadening) definition of “terrorism” in the post-9/11 world, many of these disrupted “terrorist plots” consist of money laundering, material support for terrorism, and lying to investigators.

Potential crimes? Yes. But not exactly another 9/11.

Furthermore, as the Triangle Center study admits, “informants and undercover agents,” were intricately involved in “almost all of the Muslim-American terrorist plots uncovered in 2012.”

Indeed, this fact is not just applicable to the “terrorist plots” which were uprooted in 2012, but the majority of those disrupted ever since 9/11. Clearly, one can even attribute 9/11 itself to the same circumstances. This is because virtually every terrorist attack to occur or even be attempted inside the United States in recent memory has been wholly hatched by the FBI, CIA, or other related agencies including but not limited to the U.S. State Department.

Even the New York Times was forced to admit as much in an article by David Shipley, entitled, “Terrorist Plots, Hatched By The F.B.I.” Shipley describes the nature of entrapment and direction provided to the unwitting dupes who were subsequently busted for their intellectual malfeasance and moral gullibility. At best, the FBI’s and related agencies’ tactics are cynical and illegal. At worst, it is treason.

In reality, of course, the constant replay of the threat of terrorism – whatever form it may take (Muslim or “right wing”) – is nothing more than an attempt to stampede the general public into an even bigger dragnet of surveillance and police state domination. Thus, what does not exist naturally must be created artificially.