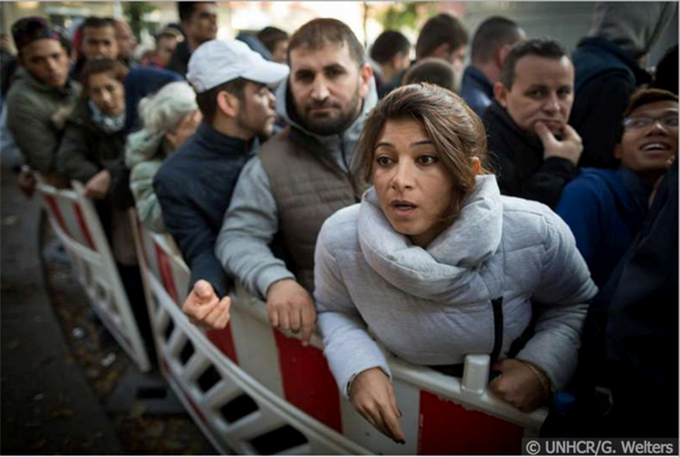 The Torah reiterates, no less than 36 times, versions of the commandment to love the stranger as ourselves, for we know the heart of a stranger, as we were once strangers in the land of Egypt. The Exodus narrative is not just about the suffering and flight of the Jews, but it delivers a universal message about Jewish commitment to human rights and refugee protection.

HIAS was established 135 years ago to protect refugees — Jewish ones — who were fleeing the pogroms of Czarist Russia. HIAS, which always refers to itself as the “global Jewish non-profit that protects refugees,” is not searching for a new mission. We remain true to the original one of refugee protection. What HIAS has done is moved from its “Exodus” period of our first 120 years, in which HIAS focused on bringing Jews from oppression to freedom, to our “Leviticus” period, in which we fulfill Jewish values and assist refugees of all faiths and ethnicities based on our own Exodus experiences.

The changes to HIAS’s work are not just theologically motivated. They are based on the lessons of history, especially from the Holocaust period when HIAS, the Jewish community, and the world failed to protect the 6 million Jews who perished. The evolution of HIAS is about fulfilling our community’s promise that never again will we permit anything like the Holocaust to happen. What is the most effective strategy for doing this? By acting only when Jewish refugees are in danger, or by constantly advocating for the universal protection of all refugees? HIAS has chosen the latter path.

One reason we failed during the Shoah was that, at that time, the world had no internationally recognized right to flee and seek refuge. The Universal Declaration of Human Rights and the Refugee Convention of 1951 and its 1967 Protocol — heavily advocated by the Jewish community, Israel and HIAS — now provide us with the principles to help ensure that never again will refugees be pushed back into the hands of their persecutors.

In Washington and in meetings convened by the UN High Commissioner for Refugees in Geneva, HIAS advocates for the US government and the international community to respect the principles of refugee protection that arose from the ashes of the Holocaust. HIAS is already working on five continents to protect refugees of all faiths who have fled ethnic cleansing and other forms of persecution. In addition, we resettle 3,500 refugees each year through our U.S. network, primarily consisting of Jewish Family Service agencies. These partners, like HIAS, have decided to continue programs welcoming refugees even though most refugees whom they now resettle are not Jewish.

And, as you should expect, when there are refugees who are Jewish, HIAS is still there to make sure they receive help. This year, HIAS continues to bring Jews from Iran, the Middle East, Ukraine, and other parts of the former Soviet Union to safety and freedom.

With the largest number of refugees and displaced persons since the Second World War, HIAS’s mission is as relevant as ever. In 1881, the Hebrew Immigrant Aid Society was established to help refugees find welcome, safety and freedom. HIAS has not strayed from that path. Today, HIAS does not help refugees because they are Jewish. HIAS helps refugees because we are Jewish.

Our bubbes would be proud.