Karl Marx is 'back in fashion', key ally of Britain's Labour leader says 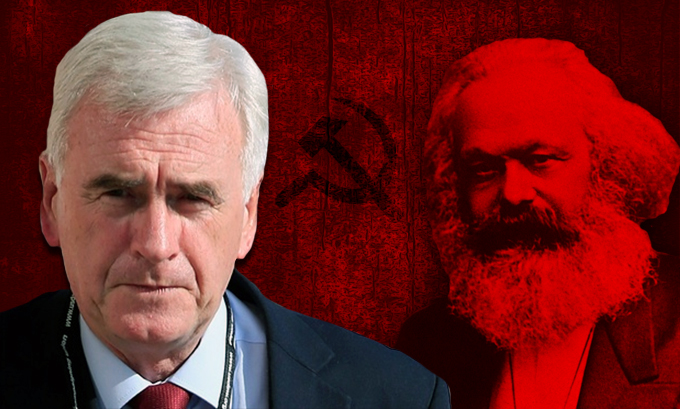 Editor's note: Karl Marx was never out of fashion to these Cultural Marxists.

The hard-left finance spokesman for Britain's opposition Labour Party said on Monday that Karl Marx, co-author of "The Communist Manifesto", is back in fashion because his ideas offer a definitive way to analyse the capitalist foundations of the modern Western economy.

"If you look at most of the institutions that are teaching economics today, Marx has come back in to fashion because people have gone back to his analysis of just the basics of how the system works," McDonnell told BBC radio.

British governments have championed free markets since Conservative Margaret Thatcher became prime minister in 1979, building what foreign investors say is one of the world's most open economies. Labour premiers Tony Blair and Gordon Brown also followed pro-business policies from 1997 to 2010.

"People might disagree with his [Marx's] conclusions about what to do with the system, but actually to understand how the system works he comes up with some interesting analyses that have been built in to traditional and fairly classical economics," McDonnell said.

Marx, whose ideas became a central pillar of the Soviet Union, was born in Germany in 1818 but after the 1848 revolutions across Europe, he moved to London, where he is buried.

McDonnell said Labour would launch a "radical review" of the national institutions that manage the economy, including the Bank of England, if it won power and force multinational companies such as Starbucks and Google to pay "their fair share of taxes" to help fix the country's public finances.