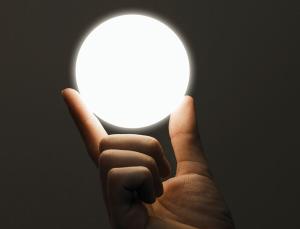 The fastest thing in the universe has come to a complete stop for a record-breaking minute. At full pelt, light would travel about 18 million kilometres in that time – that’s more than 20 round trips to the moon.

"One minute is extremely, extremely long," says Thomas Krauss at the University of St Andrews, UK. "This is indeed a major milestone."

The feat could allow secure quantum communications to work over long distances.

While light normally travels at just under 300 million metres per second in a vacuum, physicists managed to slow it down to just 17 metres per second in 1999 and then halt it completely two years later, though only for a fraction of a second. Earlier this year, researchers kept it still for 16 seconds using cold atoms.

To break the minute barrier, George Heinze and colleagues at the University of Darmstadt, Germany, fired a control laser at an opaque crystal, sending its atoms into a quantum superposition of two states. This made it transparent to a narrow range of frequencies. Heinze’s team then halted a second beam that entered the crystal by switching off the first laser and hence the transparency.

The storage time depends on the crystal’s superposition. A magnetic field extends it but complicates the control laser configuration. Heinze’s team used an algorithm to "breed" combinations of magnet and laser, leading them to one that trapped light for a minute.