Police across Ontario are searching for two men who detonated an “improvised explosive device” in a Mississauga restaurant on Thursday night where patrons — including young children — had come for birthday parties.

The suspects immediately fled the Bombay Bhel restaurant, located in a plaza at Hurontario Street and Eglinton Avenue, after the explosion around 10:30 p.m.

It is too early in the investigation, police said, to know whether this may a hate crime or a terror-related incident.

Fifteen people were injured. Though three individuals were taken to the Toronto Trauma Centre in critical conditional, Chief Jennifer Evans of Peel Regional Police told reporters at an early morning press conference that they were now in stable condition. Evans did not name the victims but said the three in stable condition include a 35-year-old man from Brampton, and two Mississauga women, aged 62 and 48. 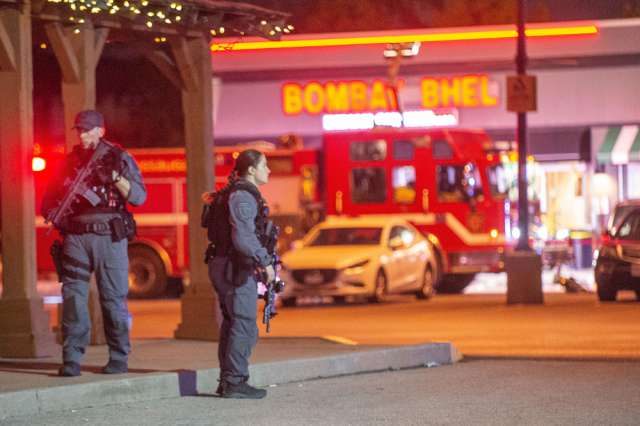 The remaining victims are between 23 to 69 years old. They were taken to local hospitals for the minor injuries and have since been released. Though Evans said children under the age of 10 were at one of the birthday parties, none of the children were hurt.

The explosion caused “considerable damage” to the restaurant, according to police. The men, who wore dark hoodies and had their faces covered with dark cloth, did not appear to stay long in the restaurant. When asked whether they had lingered in the restaurant before setting off the device, Evans said, “Not that I’m aware of.”

The first suspect is described as a man in his mid-20s, between 5’10 and 6-feet with a stocky build and light skin. The second suspect is between 5’9 and 5’10 with a thin build and fair skin. They fled the scene in a vehicle.

“Every police resource is being used right now to locate the people responsible for this horrendous act,” Evans said.

Police in Toronto, Halton Region and York Region have been alerted, as well as the Ontario Provincial Police, the RCMP and intelligence teams.

The scene has been secured and police are asking witnesses and anyone who might have surveillance footage from dashboard cameras to come forward. 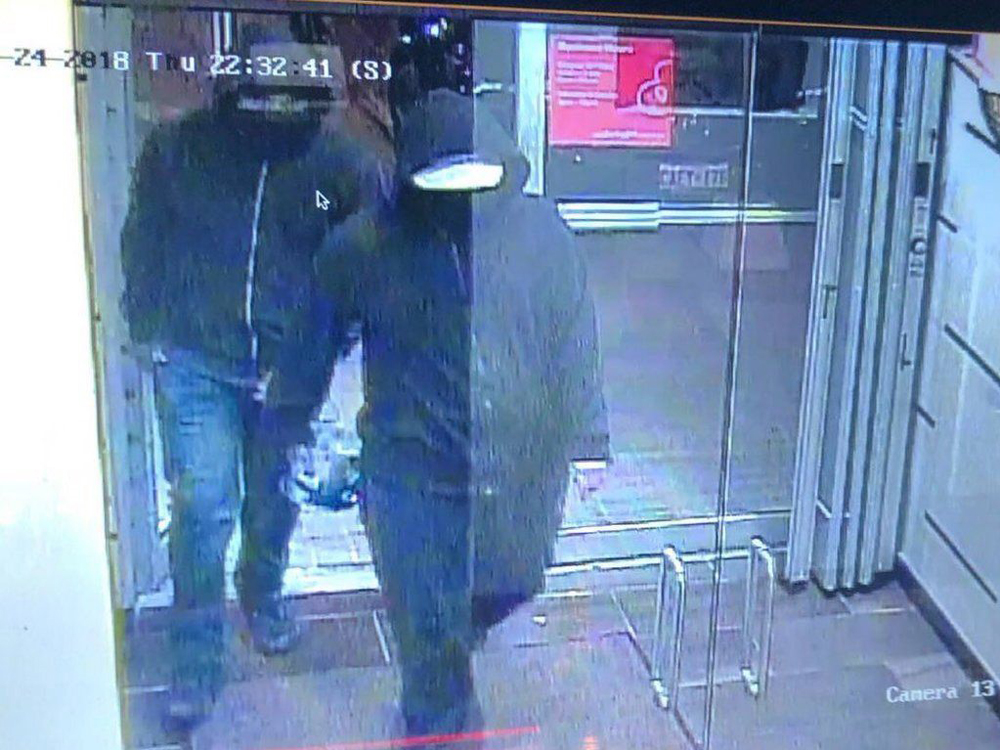 Andre Larrivee, who lives in a nearby condo, says he was watching television and heard a loud explosion.

“It was really loud,” he said, comparing the noise to an electric generator that had exploded at a nearby construction site recently.

Other people who were shopping in neighbouring stores — and waiting for their vehicles to be released from behind the police tape — also reported hearing a loud explosion.

@Peel_Paramedics have transported 15 pts. from The Bombay Bhel restaurant in Mississauga. 3 pts. were taken to trauma centres with critical blast injuries. pic.twitter.com/Qhd9mX2wV7