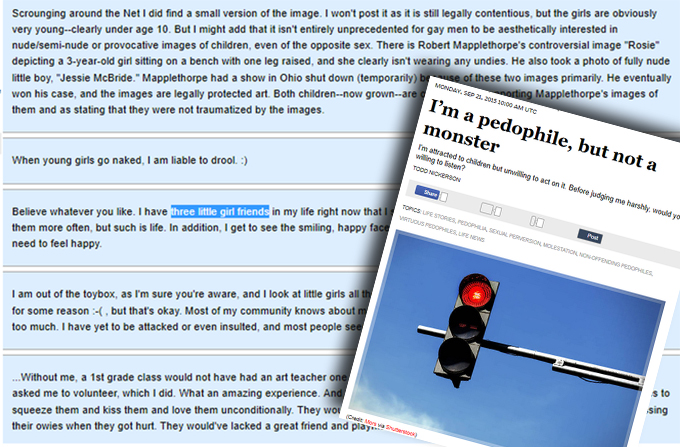 Leftist media is now promoting “pedophile rights” as the next “social justice” movement, not long after the Supreme Court ruled in favor of same-sex marriages.

Salon.com published an op/ed by a self-described pedophile asking Americans to “learn to accept” pedophiles and be “understanding and supportive” of their “sexual orientation.”

“So, please, be understanding and supportive,” pedophile Todd Nickerson wrote. “It’s really all we ask of you.”

He blamed his “sexual preference” on his brain while asserting he’s “not a monster.”

“In essence, your brain knows what it likes and isn’t going to take no for an answer,” Nickerson continued. “For that reason, the nature or nurture question with respect to sexual preference is ultimately irrelevant — it becomes all but hardwired soon enough, until it’s all you know, and it’s self-reinforcing, no matter how much you wish to dig it out.”

“Eventually it all tangles together with the rest of who you are.”

Numerous political commentators predicted that pedophiles would try to hijack the June 26 Supreme Court decision on same-sex marriages to argue that they too are “suffering” discrimination over their “normal” sexual orientation.

“Using the same tactics used by ‘gay’ rights activists, pedophiles have begun to seek similar status arguing their desire for children is a sexual orientation no different than heterosexual or homosexuals,” wrote Jack Minor for the Northern Colorado Gazette.

Minor also added that “psychiatrists are now beginning to advocate redefining pedophilia in the same way homosexuality was redefined several years ago.” 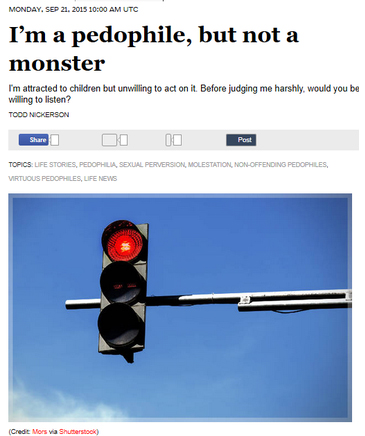 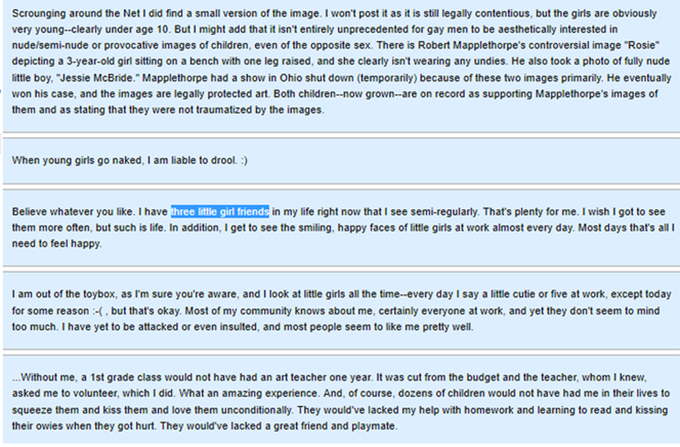 Forum posts by the author of the piece. Keep in mind that Salon is on the hunt for "fascist" regularly, as an expression of true evil in our world. What's their thought on pedophelia? No problem, bring it on. Perfectly wholesome. If there only was some organized fascists in this world, then we could finally see something done about diseased, degenerate and evil filth like this.

This trend began in 1998 when the American Psychiatric Association claimed the “negative potential” of adult sex with children was “overstated” and that “the vast majority of both men and women reported no negative sexual effects from childhood sexual abuse experiences.”

And in 2014 Margo Kaplan, an assistant law professor at Rutgers University, argued in favor of civil rights for pedophiles in an op/ed published by the New York Times.

“Arguing for the rights of scorned and misunderstood groups is never popular, particularly when they are associated with real harm, but the fact that pedophilia is so despised is precisely why our responses to it, in criminal justice and mental health, have been so inconsistent and counterproductive,” she claimed.

Simply put, pedophilia is emerging as the next “sexual rights” revolution.