We astronomers call this sort of close full moon a perigee full moon. The word perigee describes the moon’s closest point to Earth for a given month. Two years ago, when the closest and largest full moon fell on March 19, 2011, many used the term supermoon, which we’d never heard before. Last year, we heard this term again to describe the year’s closest full moon on May 6, 2012. Now the term supermoon is being used a lot. Last month’s full moon – May 24-25, 2013 – was also a supermoon. But the June full moon is even more super! In other words, the time of full moon falls even closer to the time of perigee, the moon’s closest point to Earth. The crest of the moon’s full phase in June 2013, and perigee, fall within an hour of each other.

What does supermoon mean exactly? And how special is the June 23, 2013 supermoon? Follow the links below to find out.

What is a supermoon?

How super is this supermoon?

How often is moon both full and closest to Earth?

Read the full article at: earthsky.org 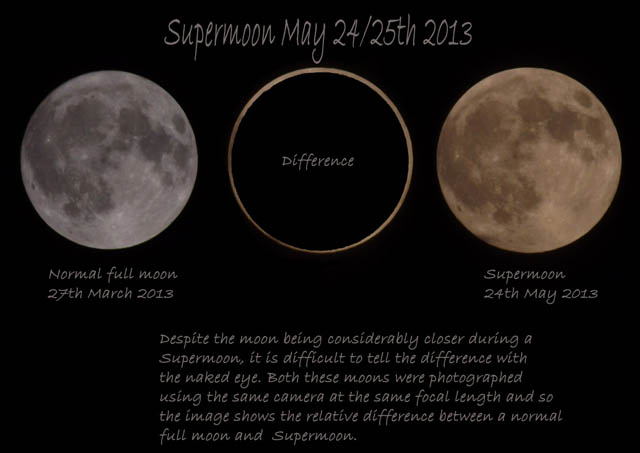