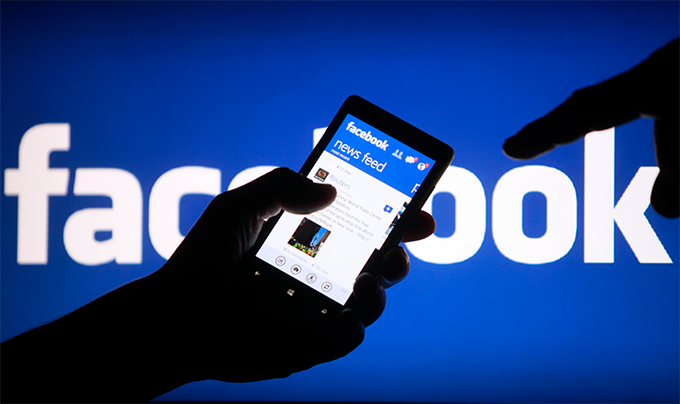 The British military is setting up a specialist force modelled on the Chindits, the commandos who gained renown through their daring missions behind enemy lines in Burma during the Second World War.

They will specialise in "non-lethal" forms of psychological warfare, using social media including Facebook and Twitter to "fight in the information age".

The Chief of the Army, General Sir Nick Carter, believes that the radical new plan is essential to face the “asymmetric” battlefields of the 21st century, where tactics and strategies differ significantly between enemies, such as with Isis. Key lessons, he says, can be learned from the campaign carried out against the Japanese by Allied troops using unconventional tactics seven decades ago.

The 2,000-strong brigade will have the same number, 77, and the same emblem – of a Chindit, a mythical Burmese beast – as the one under Brigadier Orde Wingate. But, as well as being ready for combat, the troops will be armed with modern skill sets including being adept in social media and new technology.

One of the key reasons behind the successful operations of the Chindits was the support they received from the local population against the Japanese forces. General Carter holds believes the winning of “hearts and minds” has never been more important.

Senior officers hold that a range of current conflicts, from Iraq to Ukraine, have shown how the information war is as vital as the ones fought with weapons. The brigade, which will be formally unveiled in April with headquarters at Hermitage, near Newbury in Berkshire, will be responsible for all “non-lethal deployment” of the UK military abroad.

The troops are supposed to deliver “means of shaping behaviour through the use of dynamic narratives” with teams focusing on psychological operations and interaction with the media. They will also take the lead in providing reconstruction and humanitarian assistance and help with strengthening civic society and local security forces.

The make-up of the brigade also reveals the shrinking size of the Army, with no less than 42 per cent of the recruits coming from the reserves. Increasing numbers of them are replacing regular troops amid cutbacks.

But General Carter insisted the large contingent of part-time soldiers is actually a major advantage. “The brigade consists of more than just traditional capabilities. It is an organisation that sits at the heart of trying to operate ‘smarter’. It comprises a blend of regular troops from all three services as well as reserves and civilians. It will be seeking to draw the very best talent from the regulars and reserve as well as finding new ways of allowing civilians with bespoke skills to serve alongside their military counterparts.”

“The brigade,” said the Ministry of Defence, “has been formed to respond to ever changing character of modern conflict and to be able to compete with agile and complex adversaries.” The Chindits “fought in such difficult conditions adopting a new type of warfare, using a mixture of original creative thinkers who integrated with local indigenous forces to multiply effects, the exact requirement for the modern age”.

The 77th Infantry Brigade of the Indian army was formed in 1942 from British, Indian and Burmese troops commanded by Wingate, who had led an irregular force of Sudanese and Ethiopians against the Italians in Africa. The name Chindits, after those of statues of animal spirits guarding Buddhist temples, was suggested by Captain Aung Thin of the Burmese army.

“Long-range penetration units” were sent to Burma to sabotage Japanese supply and communications lines. The operations received widespread publicity but there was also criticism, some of it directed personally at Wingate who was accused of producing self-aggrandising reports and unfairly blaming other officers. There was also deep suspicion among the military hierarchy to the concept of elite specialist forces, with some senior officers charging that they syphon off the best troops and create divisions within the force.

Field Marshal William Slim pronounced at the time: “Anything, whatever the short cuts to victory it may promise, which weakens the army spirit is dangerous.” He also held that while “the Chindits gave a splendid example of courage and hardihood”, their achievements were inadequate returns for the resources bestowed on them.

Winston Churchill, however, regarded the force as highly valuable, not least for the way the accounts of its exploits boosted morale during some of the darkest days of the war. He took Wingate to conferences across the Atlantic, and the Americans were sufficiently impressed by the brigadier’s presentations to launch their own irregular forces in the Far East.

At a time during the Second World War when the Japanese seemed unbeatable, the Chindits – an elite British Army unit which resorted to guerrilla warfare – was formed to give the enemy a bloody nose.

They were the idea of the unconventional army officer, Lieutenant-Colonel – later Brigadier – Orde Wingate, who believed Long Range Penetration (LRP) groups operating behind enemy lines could inflict severe damage on the Japanese.

In February 1943 the Chindits, taking their name from a mythical Burmese half-lion half-eagle beast, launched their first operation, crossing the River Chindwin and into enemy territory in Burma.

Wingate’s men were, crucially, supplied by air which made them independent of ground-based supply lines. Air drops included food for the mules which carried the equipment.

The innovation worked: the Japanese spent crucial days directing troops to find and cut the non-existent land-based supply lines before realising their mistake.

In its first operation, the Chindits split up into several columns to attack and disrupt Japanese positions. Bridges were blown, rail lines were cut and military positions were attacked before a retreat was ordered in the face of massive Japanese force.

Strategically the merits of the Chindits are still debated. They didn’t hold any ground and the fright they gave the Japanese prompted later attacks intended to destroy the British hold on India.

However, as a morale booster, the Chindits were invaluable. They proved the British, who had suffered a succession of defeats in the east in 1942, were capable of matching the supposedly superhuman Japanese soldiers in the jungle.

Winston Churchill loved their aggressive spirit and authorised a second and much bigger assault in 1944 which repeated the feats of derring-do, though failed to live up to Wingate’s hopes. Wingate, who dreamt up the idea of a guerrilla force after leading ‘Gideon’s Force’ on the Ethiopian-Sudanese border, died in 1944 in a plane crash.