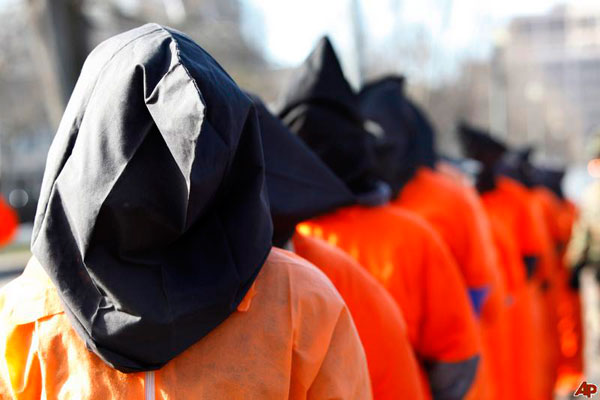 For the second year in a row, President Barack Obama has signed into law a Pentagon funding bill that allows for the indefinite military detention of anyone, including American citizens, without charges, while barring the shutdown of the Guantanamo Bay prison camp.

The signing of the National Defense Authorization Act of 2013 Wednesday puts paid to the predictions by the administration’s liberal and pseudo-left supporters that Obama, freed of re-election concerns, would pursue a more “progressive” political course in his second term. As in 2012, this legislation enshrines a sweeping assault on core constitutional principles and democratic rights.

The legislation’s provisions underscore the link between the eruption of American militarism abroad and the lurch toward police-state measures at home.

It provides $633 billion for Washington’s worldwide military operations, including $88.5 billion for overseas “contingency operations,” the bulk of it going to fund the continuing war and occupation in Afghanistan. It increases funding for the military’s Special Operations Command (USSOCOM) to $10.5 billion in preparation for new interventions across the planet.

And it includes provisions demanding the acceleration of preparations for US wars, including new punishing economic sanctions against Iran and a mandate for the US to make “visible” preparations for war against the country. In relation to the US-fomented sectarian civil war in Syria, the new law demands that the President submit plans for the implementation of a “no-fly” zone, which would require a full-scale US-NATO military intervention, as in Libya in 2011.

Also included in this year’s act is an amendment that effectively overturns the Smith-Mundt Act of 1948. This is Cold War era legislation that barred the US government from disseminating propaganda aimed at the American people.