Nov 14, 2015 Source: nytimes.com
Editor's Comment: Give thanks to Europe's open border policy and the enforced multiculturalism practiced by all European countries. What else needs to be said? More of this is coming. It's so exciting and vibrant.

“There are ambulances passing all the time,” Deha, who lives on Boulevard St Germain, told The Local, adding that this his son came home from school on Friday with a letter advising parents what to do in case of an emergency.

“It was completely out of the blue – I don’t know if this was a coincidence or there were alerts before, but it doesn’t feel like a coincidence,” he said.

“It was advice for parents on what to do in an emergency – such as not calling or coming to the school, staying away from the area and listening for updated from to a radio station, France Blue.” 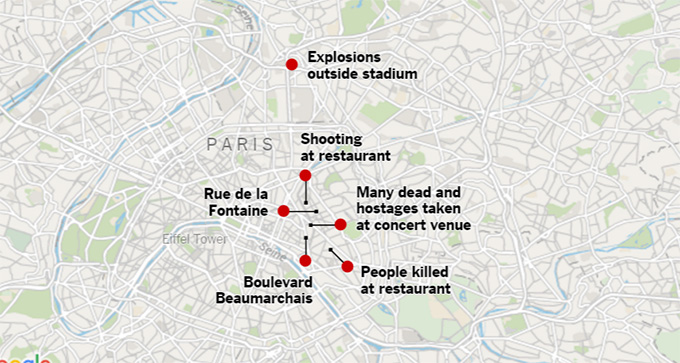 The Paris area reeled Friday night from a shooting rampage, explosions and mass hostage-taking that President François Hollande called an unprecedented terrorist attack on France. His government announced sharply increased border controls and heightened police powers as it mobilized the military in a national emergency. 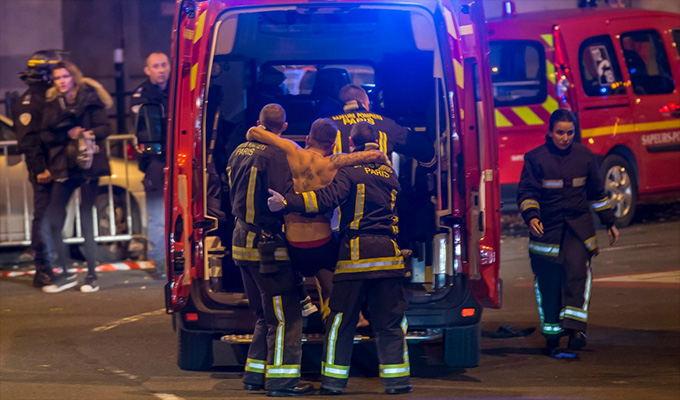 French television and news services quoted the police as saying that around 100 people had been killed at a concert site where hostages had been held during a two-hour standoff with the police, and that perhaps dozens of others had been killed in apparently coordinated attacks outside the country’s main sports stadium and four or five other popular locations in the city. But estimates on the total number of dead varied. 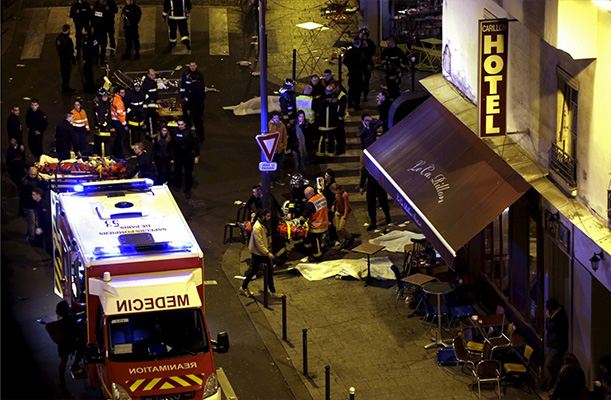 Witnesses on French television said the scene at the concert hall, which can seat as many as 1,500 people, was a massacre, describing how gunmen with automatic weapons shot bursts of bullets into the crowd. Ambulances were seen racing back and forth in the area into the early hours of Saturday.

Television reports said at least five assailants had been killed: three at the concert hall as the police assaulted the building, and two near the sports stadium. It was unclear whether other attackers were still on the loose early Saturday. 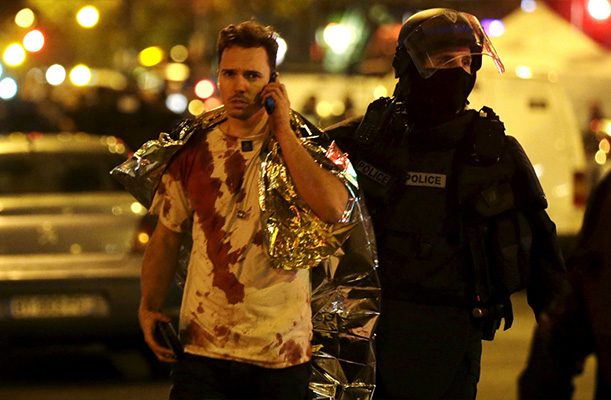 The casualties eclipsed the deaths and mayhem in Paris during the massacre at the Charlie Hebdo newspaper and related assaults around the French capital by Islamic militant extremists less than a year ago.

Those attacks traumatized France and other countries in Europe, which grappled with fears of religious extremism and violent jihadists, radicalized by the conflicts in Syria and elsewhere in the Middle East and North Africa.

An explosion near the sports stadium, the Stade de France, which French news services said was an apparent suicide bombing, occurred as Germany and France were playing a soccer match, forcing a hasty evacuation of Mr. Hollande. As the scope of the assaults quickly became clear, he convened an emergency cabinet meeting and announced that France was placing severe restrictions on its border crossings.

“As I speak, terrorist attacks of an unprecedented scale are taking place in the Paris region,” he said in a nationally televised address. “There are several dozen dead, lots more wounded. It’s horrific.”

Mr. Hollande said that on his orders the government had “mobilized all the forces we can muster to neutralize the threats and secure all of the areas.”

There was no immediate claim of responsibility, but Twitter erupted with celebratory messages by members and sympathizers of the Islamic State, the extremist group based in Syria and Iraq that is under assault by major powers, including the United States, France and Russia.

The main shooting appeared to have broken out at a popular music hall, The Bataclan, where the American band Eagles of Death Metal was among those playing. French news services said as many as 100 hostages may have been taken there, many of them apparently killed later. Some accounts said grenades had been lobbed inside the music hall.

A witness quoted by BFM television said he heard rounds of automatic rifle fire and someone shouting “Allahu akbar!” at The Bataclan.

Another witness who escaped the concert hall told BFM: “When they started shooting we just saw flashes. People got down on the ground right away.”

The police ordered bystanders in the that area to get off the streets as officers mobilized, French television reported.

Other French news media reported that Kalashnikov rifles had been involved in the shootings — a favored weapon of militants who have attacked targets in France — and that many rounds had been fired.

Despite the increased border security, air travel in and out of Paris appeared to be unaffected. Officials at Charles de Gaulle Airport confirmed that flights had not been suspended, although security had been heightened significantly. Both departing and arriving passengers and baggage were being screened thoroughly.

Germany’s interior minister, Thomas de Maizière, said early Saturday that he had offered to send military assistance to France if requested. “I am in close contact with my French colleague and have offered assistance through German special forces,” he said in a statement.

Loretta E. Lynch, the United States attorney general, also offered help. “We stand in solidarity with France, as it has stood with us so often in the past,” she said in a statement. “This is a devastating attack on our shared values, and we at the Department of Justice will do everything within our power to assist and work in partnership with our French law enforcement colleagues.”

American and European counterterrorism officials were reviewing wiretaps and other electronic surveillance records, but a senior American security official said there was no immediate indication that there had been suspicious chatter or other warning signs before the attack.

Unlike the attacks against Charlie Hebdo and a kosher supermarket in January, terrorism experts said, the attacks on the targets on Friday had no apparent rationale. Instead, assailants appeared to strike at random in hip neighborhoods on a Friday night when many people would be starting to enjoy the weekend.

“It’s a Friday night, and there’s a lot of people out, a lot of tourists out,” said a senior European counterterrorism official. “If you want maximum exposure, you do it like this, in the dark, when it’s scarier and more difficult for police to act.”