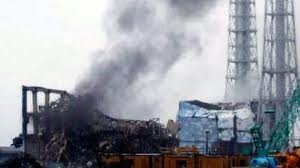 Fresh plumes of most probably radioactive steam have been detected rising from the reactor 3 building at the crippled Fukushima nuclear plant, said the facility’s operator company.

The steam has been detected by surveillance cameras and appeared to be coming from the fifth floor of the mostly-destroyed building housing crippled reactor 3, according to Tokyo Electric Power Co (TEPCO), the plant’s operator.

The steam was first spotted on December 19 for a short period of time, then again on December 24, 25, 27, according to a report TEPCO published on its website.

The company, responsible for the cleanup of the worst nuclear disaster since Chernobyl, has not explained the source of the steam or the reason it is rising from the reactor building. High levels of radiation have complicated entry into the building and further inspection of the situation.