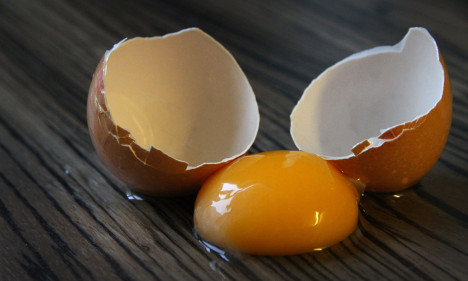 Prosecutors are investigating around 200 German egg farmers suspected of falsely labelling their produce as organic or free-range, in what has been described as fraud on a massive scale.

It would seem that millions of eggs had been sold under false pretences over the last few years, exploiting the willingness of some customers to pay extra for produce from more humanely kept birds.

Prosecutors in Oldenburg, Lower Saxony, told Der Spiegel magazine they were investigating around 150 firms in that state and around 50 elsewhere. Frauke Wilken, spokeswoman for the prosecutor’s office told the magazine that initial investigations had begun in the autumn of 2011, and had revealed ever more suspect operations.

"The suspicion is that this is a case of systematic fraud. It is no minor matter - it would be deception of consumers," said Christian Mayer, the new Lower Saxony agriculture minister.

He said if the suspicions were proven, he would move to withdraw operation licenses from the relevant farms.

Those under suspicion were largely conventional farms, but some organic farms were also affected.

Chickens and their eggs can only be described as free-range if each animal has access to at least four square metres of space, while the description organic, or "bio" in German, requires further specific conditions.

Should any farmers be convicted of breaking the food produce and animal feed laws or organic farming laws, they could be fined or even imprisoned for up to a year. Charges of fraud could also be pressed.