Secret EU plot exposed: they are holding an EU-Africa summit to get more immigrants 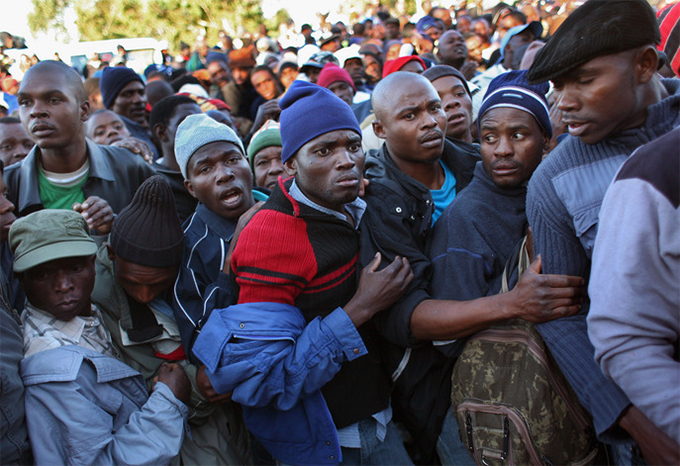 The EU illegal immigration crisis just took an unexpected twist – a special EU-Africa Summit is being held in Malta, where EU leaders will be asking African nations for legal Africans immigrants – and will pay for them.

The plan is to send failed asylum seekers home (ones who have no lawful reason to stay), and replace them with “skilled” immigration from African countries. In return the EU rulers will “offer new financial resources” to the African countries.

The EU rulers had tried to keep this a secret, but during an interview, Angela Merkel slipped up and revealed the objective of the summit.

“And of course, we will also ask the question: How can we take, for example, young Africans legally into Germany, when it comes to professions which we have occupational shortages in. It’s enlightening that we have not yet done enough.”

“We will also offer the Africans new financial resources” she said.

This news has already made its way to other politicians, and UKIP leader Nigel Farage described it as “sheer madness.”

“The EU’s way to stop illegal mass migration from Africa is to make it legal. This is sheer madness.”

There is another reason why they wanted to keep this plan a secret – it will also cost the European taxpayer, a predicted 1.4 billion Euros (1.5 billion US Dollars).

According to The Express, this money will be used to teach Africans a European language, pay for their passports and documents, and some may be given a grant in order to lure them into Europe.

That 1.4 billion Euros could be used to train Europeans, but oh no, the EU leaders have different ideas.

Frankly, they don’t really care about the average European families. You see they have an agenda to “diversify” Europe and get rid of all those bad White countries…

No one ever notices that all this talk about getting rid of borders, or taking immigrants only ever applies to places where there are White people. If you listen to these anti-Whites, they’ll act as if White folk are the only ones who have an obligation to open our borders and destroy our own identity.

This agenda is nothing more than White Genocide – and it’s pure evil.