So Where Are the Feminists? 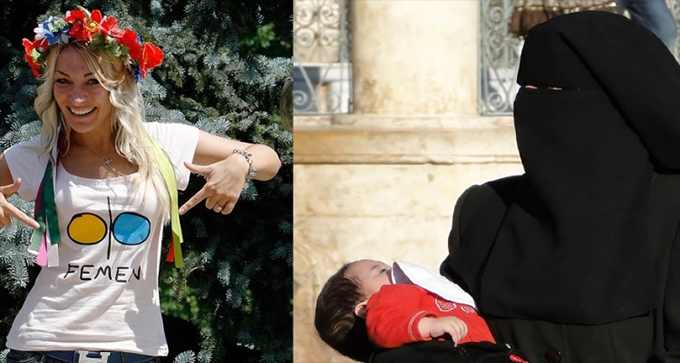 Why do radical feminists remain silent on the issue of mass immigration into Europe, in spite of the fact that the statistics show that European women are among its primary victims?

I’m not the first to ask this, but the more times it gets asked, the better.

During this debate on just how we’re going to get millions of Muslim migrants settled in Europe—since Europe’s politicians apparently have never seriously considered the option of actually securing their borders—where the hell are the feminists?

Because rape is bad, right?

Have they read the rape statistics regarding the millions of devout Muslims who are already ensconced in the Land of the Unbeliever?

Look, I understand the cognitive dissonance. On one hand, feminism is all about equality. And if we are true believers in equality, then in no way can we allow ourselves to entertain the thought that anyone—even a homogenous group of people who have been brought up on a steady diet of religious bigotry, swaddled in the ideological arms of a self-righteous monoculture—might be incapable of learning to tolerate being surrounded by people who don’t believe in their version of the Sky Man.

I mean, who remembers Charlie Hebdo? That masterpiece of religious intolerance had to be at least 200 news cycles ago. We forgot where the phrase Je Suis Charlie came from the moment it was time to change our Facebook avatar to the next right-thinking slogan.

Rape statistics, various types of fraud, and revenge shootings for cartoons aside, we remain faithful that anybody—no matter how bat-shit insane with injunctions to destroy the infidel their upbringing might be—can be taught to live side by side with everyone else in the multicultural wonderland. (Maybe it’s not so strange that these “secular” folks aren’t particularly frightened by religious nuts. All of this pigheaded self-sureness might in fact make everyone feel equally at home.)

But it’s not just the doctrine of equality that is confusing so-called feminists’ instincts when it comes to protecting women from a population that is factually highly likely to commit rape. (As well as, er, some fairly constant micro-aggressions against femalekind as a whole.)