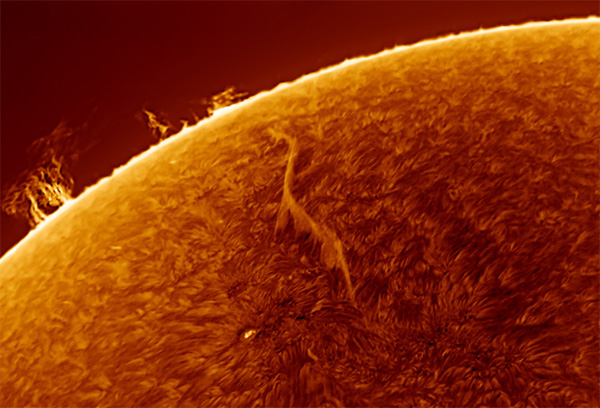 For months mounting fear has driven researchers to wring their hands over the approaching solar storms. Some have predicted devastating solar tsunamis that could wipe away our advanced technology, others voiced dire warnings that violent explosions on the surface of the sun could reach out to Earth, breach our magnetic field, and expose billions to high intensity X-rays and other deadly forms of cancer-causing radiation.

Now evidence has surfaced that something potentially more dangerous is happening deep within the hidden core of our life-giving star: never-before-seen particles—or some mysterious force—is being shot out from the sun and it’s hitting Earth.

Whatever it is, the evidence suggests it’s affecting all matter. 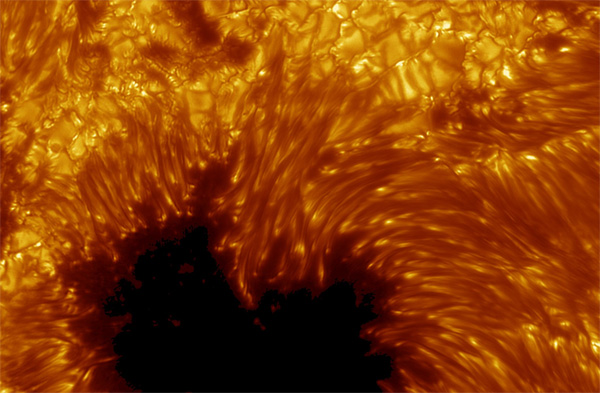 Alarmed physicists first became aware of this threat over the past several years. Initially dismissed as an anomaly, now frantic scientists are shooting e-mails back and forth to colleagues across the world attempting to grasp exactly what is happening to the sun.

Something impossible has happened. Yet the “impossible” has been proven to be true. Laboratories around the globe have confirmed that the rate of radioactive decay—once thought to be a constant and a bedrock of science—is no longer a constant. Something being emitted from the sun is interacting with matter in strange and unknown ways with the startling potential to dramatically change the nature of the very Earth itself.

Exactly what has scientists so on edge is the fact that the natural rate of decay of atomic particles has always been predictable. Indeed, using the decay rate of Carbon-14 has been a method to date archeological artifacts. The process, known as carbon dating, measures the quantity of Carbon-14 within organic objects. According to the numbers, Carbon-14 has a specific half-life of 5,730 years. Physicists have proven through exhaustive observation and experimentation over the course of a century that it takes 5,730 years for Carbon-14 atoms to decay into a stable Nitrogen-14.

The values don’t change—or at least they never have in the past. With certain evidence that radioactive decay can be significantly affected by an unknown effect from the sun, much of science is turned on its head.

Rate of decay speeding up

Worst of all, if the decay rates of matter are being mutated then all matter on Earth is being affected including the matter that makes up life.

The mutation may go so far as to change the underlying reality of the quantum universe—and by extrapolation-the nature of life, the principles of physics, perhaps even the uniform flow of time.

In fact, some evidence of time dilation has been gleaned from close observation of the decay rate. If particles interacting with the matter are not the cause—and matter is being affected by a new force of nature-then time itself may be speeding up and there’s no way to stop it.

Researchers have correlated the anomalies in the decay rate to a 33-day period. That time frame matches the 33-day rotation of the solar core. Such a match strains credulity as being a mere coincidence.

Since the sun’s core is known to blast out continuous streams of particles called neutrinos, some scientists are attempting to find evidence that neutrinos are the culprits behind the mutation of matter.

There’s a problem with that hypothesis, however, as neutrinos are like ghost particles. They’re extremely difficult to detect. Normally, neutrinos pass through the Earth without any interaction at all. To a neutrino, it’s as if the Earth doesn’t exist.

As the sun builds towards solar maximum and a period of dangerous intensity never experienced by any living person inexorably approaches, strange, uncontrollable forces could be building deep within its fiery nuclear furnace.

It’s already been proven that the sun’s mass warps time, bends light waves and accounts for mutation of species on Earth. Now this new force may be directly interacting with matter in a way that could not only change Mankind’s understanding of physics, but change Mankind itself…and not necessarily in a beneficial way.

Whether the phenomenon has no real impact on humanity, or the worst impact imaginable, nothing can be done to stop it. Once again, the titanic forces of nature rear up to overwhelm our technology—and we find ourselves like the playthings of gods.