A study by the Open University and the University of Manchester focused on strings of iron beads excavated in 1911 at a burial site around 40 miles south of Cairo.

Because the beads dated from between 3350 B.C. to 3600 B.C., thousands of years before Egypt’s Iron Age, it had been assumed they were from a meteorite because of their composition of nickel-rich iron. The assumption was challenged in the 1980s, with many researchers arguing much of the early worldwide examples of iron use, originally believed to be of meteorite-origin, were actually early smelting attempts.

In the new British study, scientists used a combination of the Open University’s electron microscope and Manchester’s X-Ray CT scanner to demonstrate the nickel-rich chemical composition of the bead confirms its meteorite origins. 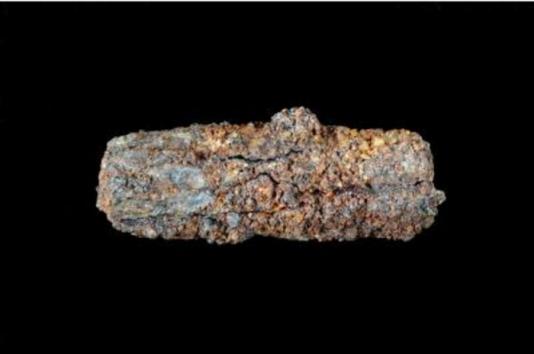 The Gerzeh bead is the earliest discovered use of iron by the ancient Egyptians.
"Today, we see iron first and foremost as a practical, rather dull metal," Manchester researcher Joyce Tyldesley said. "To the ancient Egyptians, however, it was a rare and beautiful material which, as it fell from the sky, surely had some magical/religious properties.

"They therefore used this remarkable metal to create small objects of beauty and religious significance which were so important to them that they chose to include them in their graves," she said in a Manchester release Thursday.

Article from: upi.com
The Mysterious Black Stone of Kaaba - Worship of a Meteorite?