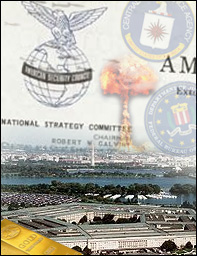 ""My son was tortured to death in front of my eyes," she finally told me one day, "to force me to tell them where some students were hiding. ... I didn’t know, but they killed him anyway. ... He was the one who burned out my son’s eyes. Him. "The picture was one of Enrique Bermudez."

- Bermudez, one of the ASC’s death squad friends from Nicaragua and Honduras. He was also the boss of Danilo Blandon, responsible for the CIA’s crack-cocaine epidemic in the U.S. by selling tons of cocaine at bargain prices to the Bloods and Crips gangs (May 3, 1991, New York Times, ’A Man of Hate Meets His Violent Destiny’). CIA and ASC-backed death squads in El Salvador also in part backfired in the extreme violence used by the Mara Salvatrucha (MS-13) gang in the U.S.

"A new director’s crusade against death squads was followed by the murder of a counselor and six children. ... When [Alejos’] workers complain, they end up in a ditch," said Allan Nairn, a longtime reporter in Latin America and a regional expert. "Soldiers would take the surviving children of the workers to local charities.""

"Can we agree to take half of endowment in PAFF and use it to fund WDF for national defense projects in U.S. and Philippines? Examples: Strategic Defense Initiative. Other space programs. B-1 Bomber. MX Missiles. Etc. Etc. Conventional weapons. To in effect build a new military-industrial complex controlled by us? If your answer is yes, I suggest A. Singlaub. B. Schweiter. C. Daniel Graham. D. George Keegan."

- Hand written note of Alan Foringer, administrative CIA head in Manila, to Robert Curtis. Both were after buried Japanese war loot (gold) on the Philippines. Graham and Singlaub were leading members of the ASC, with Keegan also being close. (photocopy - Seagrave’s ’Gold Warriors’ CD’s)

~ Note: Largely the U.S. branch of the Cercle network. ~