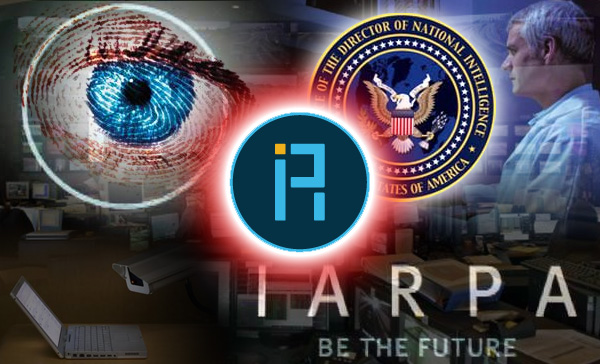 The National Security Agency (NSA) is developing a tool that George Orwell’s Thought Police might have found useful: an artificial intelligence system designed to gain insight into what people are thinking.

With the entire Internet and thousands of databases for a brain, the device will be able to respond almost instantaneously to complex questions posed by intelligence analysts. As more and more data is collected—through phone calls, credit card receipts, social networks like Facebook and MySpace, GPS tracks, cell phone geolocation, Internet searches, Amazon book purchases, even E-Z Pass toll records—it may one day be possible to know not just where people are and what they are doing, but what and how they think.

The system is so potentially intrusive that at least one researcher has quit, citing concerns over the dangers in placing such a powerful weapon in the hands of a top-secret agency with little accountability. 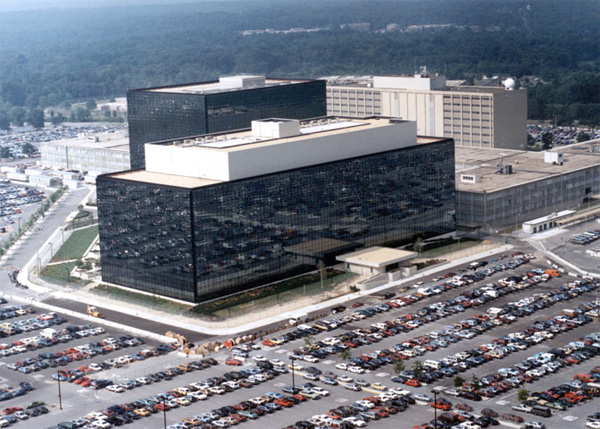 The National Security Agency’s eavesdropping on phone calls, e-mails, and other communications skyrocketed after 9/11. But that was only the beginning of its high-tech invasiveness, as Bamford reports. Above, NSA headquarters in Fort Meade, Maryland.

Known as Aquaint, which stands for "Advanced QUestion Answering for INTelligence," the project was run for many years by John Prange, an NSA scientist at the Advanced Research and Development Activity. Headquartered in Room 12A69 in the NSA’s Research and Engineering Building at 1 National Business Park, ARDA was set up by the agency to serve as a sort of intelligence community DARPA, the place where former Reagan national security advisor John Poindexter’s infamous Total Information Awareness project was born. [Editor’s note: TIA was a short-lived project founded in 2002 to apply information technology to counter terrorist and other threats to national security.] Later named the Disruptive Technology Office, ARDA has now morphed into the Intelligence Advanced Research Projects Activity (IARPA).

A sort of national laboratory for eavesdropping and other spycraft, IARPA will move into its new 120,000-square-foot home in 2009. The building will be part of the new M Square Research Park in College Park, Maryland. A mammoth two million-square-foot, 128-acre complex, it is operated in collaboration with the University of Maryland. "Their budget is classified, but I understand it’s very well funded," said Brian Darmody, the University of Maryland’s assistant vice president of research and economic development, referring to IARPA. "They’ll be in their own building here, and they’re going to grow. Their mission is expanding." 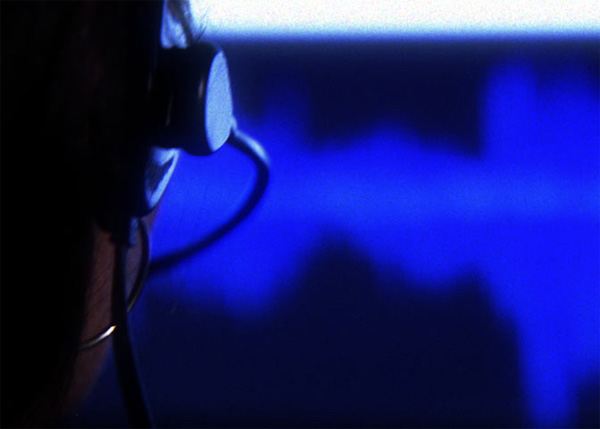 Bamford calls the widespread (and warrantless) monitoring of average citizens’ communications overseen by the NSA "the surveillance-industrial complex."

If IARPA is the spy world’s DARPA, Aquaint may be the reincarnation of Poindexter’s TIA. After a briefing by NSA Director Michael Hayden, Vice President Dick Cheney, and CIA Director George Tenet of some of the NSA’s data mining programs in July 2003, Senator Jay Rockefeller IV, the vice chairman of the Senate Intelligence Committee, wrote a concerned letter to Cheney. "As I reflected on the meeting today," he said, "John Poindexter’s TIA project sprung to mind, exacerbating my concern regarding the direction the administration is moving with regard to security, technology, and surveillance."

The original goal of Aquaint, which dates back to the 1990s, was simply to develop a sophisticated method of picking the right needles out of a vast haystack of information and coming up with the answer to a question. As with TIA, many universities were invited to contribute brainpower to the project. But in the aftermath of the attacks on 9/11, with the creation of the NSA’s secret warrantless eavesdropping program and the buildup of massive databases, the project began taking on a more urgent tone.

In a 2004 pilot project, a mass of data was gathered from news stories taken from the New York Times, the AP news wire, and the English portion of the Chinese Xinhua news wire covering 1998 to 2000. Then, 13 U.S. military intelligence analysts searched the data and came up with a number of scenarios based on the material. Finally, using those scenarios, an NSA analyst developed 50 topics, and in each of those topics created a series of questions for Aquaint’s computerized brain to answer. "Will the Japanese use force to defend the Senkakus?" was one. "What types of disputes or conflict between the PLA [People’s Liberation Army] and Hong Kong residents have been reported?" was another. And "Who were the participants in this spy ring, and how are they related to each other?" was a third. Since then, the NSA has attempted to build both on the complexity of the system—more essay-like answers rather than yes or no—and on attacking greater volumes of data. 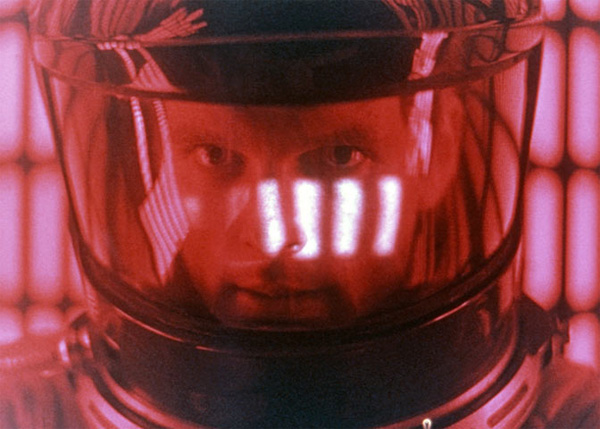 The NSA would essentially like to create the spy-agency equivalent of "HAL 9000," the computer in the 1968 film 2001: A Space Odyssey that converses with the astronaut David Bowman (played by Keir Dullea).

"The technology behaves like a robot, understanding and answering complex questions," said a former Aquaint researcher. "Think of 2001: A Space Odyssey and the most memorable character, HAL 9000, having a conversation with David. We are essentially building this system. We are building HAL." A naturalized U.S. citizen who received her Ph.D. from Columbia, the researcher worked on the program for several years but eventually left due to moral concerns. "The system can answer the question, ’What does X think about Y?’" she said. "Working for the government is great, but I don’t like looking into other people’s secrets. I am interested in helping people and helping physicians and patients for the quality of people’s lives." The researcher now focuses on developing similar search techniques for the medical community.

A supersmart search engine, capable of answering complex questions such as "What were the major issues in the last 10 presidential elections?" would be very useful for the public. But that same capability in the hands of an agency like the NSA—absolutely secret, often above the law, resistant to oversight, and with access to petabytes of private information about Americans—could be a privacy and civil liberties nightmare. "We must not forget that the ultimate goal is to transfer research results into operational use," said Aquaint project leader John Prange, in charge of information exploitation for IARPA. 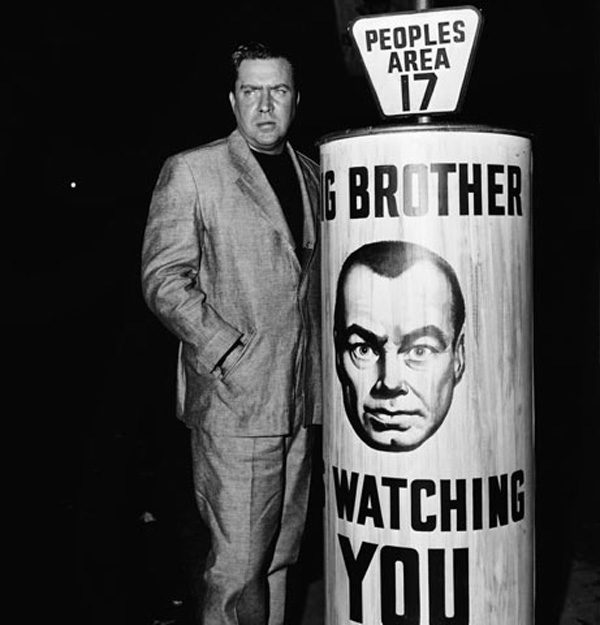 In George Orwell’s dystopian novel 1984, a civil servant named Winston Smith (played in the 1955 movie by Edmond O’Brien, seen here) loses all privacy as Big Brother and his Thought Police bring him under constant surveillance. Is the NSA today’s Big Brother?

Once up and running, the database of old newspapers could quickly be expanded to include an inland sea of personal information scooped up by the agency’s warrantless data suction hoses. Unregulated, they could ask it to determine which Americans might likely pose a security risk—or have sympathies toward a particular cause, such as the antiwar movement, as was done during the 1960s and 1970s. The Aquaint robospy might then base its decision on the type of books a person purchased online, or chat room talk, or websites visited—or a similar combination of data. Such a system would have an enormous chilling effect on everyone’s everyday activities—what will the Aquaint computer think if I buy this book, or go to that website, or make this comment? Will I be suspected of being a terrorist or a spy or a subversive?

Collecting information, however, has always been far less of a problem for the NSA than understanding it, and that means knowing the language. To expand its linguistic capabilities, the agency established another new organization, the Center for Advanced Study of Language (CASL), and housed it in a building near IARPA at the M Square Research Park. But far from simply learning the meaning of foreign words, CASL, like Aquaint, attempts to find ways to get into someone’s mind and understand what he or she is thinking.

One area of study is to attempt to determine if people are lying simply by watching their behavior and listening to them speak. According to one CASL document, "Many deception cues are difficult to identify, particularly when they are subtle, such as changes in verb tense or extremely brief facial expressions. CASL researchers are studying these cues in detail with advanced measurement and statistical analysis techniques in order to recommend ways to identify deceptive cue combinations." 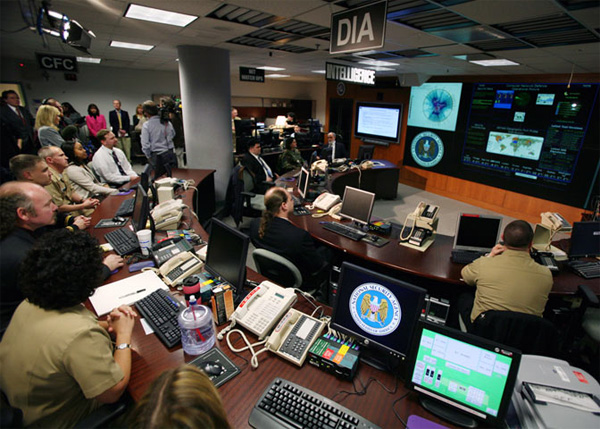 Ever watching and listening: a control room at NSA headquarters.

Another area of focus explores the "growing need to work with foreign text that is incomplete," such as partly deciphered messages or a corrupted hard drive or the intercept of only one side of a conversation. The center is thus attempting to find ways to prod the agency’s cipher-brains to fill in the missing blanks. "In response," says the report, "CASL’s cognitive neuroscience team has been studying the cognitive basis of working memory’s capacity for filling in incomplete areas of text. They have made significant headway in this research by using a powerful high-density electroencephalogram (EEG) machine acquired in 2006." The effort is apparently directed at discovering what parts of the brain are used when very good cryptanalysts are able to guess correctly the missing words and phrases in a message.

Like something out of a B-grade sci-fi movie, CASL is even trying to turn dull minds into creative geniuses by training employees to control their own brain waves: "The cognitive neuroscience team has also been researching divergent thinking: creative, innovative and flexible thinking valuable for language work. They are exploring ways to improve divergent thinking using the EEG and neurobiological feedback. A change in brain-wave activity is believed to be critical for generating creative ideas, so the team trains its subjects to change their brain-wave activity."

James Bamford is the author of three books on the National Security Agency, including the 2008 The Shadow Factory: The Ultra-Secret NSA From 9/11 to the Eavesdropping on America, from which this article was adapted with kind permission of Doubleday. Bamford coproduced, with Scott Willis, NOVA’s "The Spy Factory," which was based on this book.