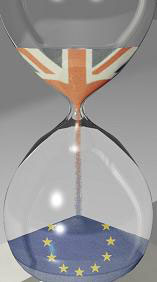 Brian Gerrish discovered Common Purpose when he was involved with a group in Plymouth in the west of England helping people find jobs and one of their projects was repairing wooden boats. He said they had lots of public support and backing from the local authorities and everything was going fine. But then it suddenly changed and the council support was withdrawn. When they tried to continue alone, he said that within a short time key people were being threatened:

'When we started to explore why we were being threatened we were absolutely staggered to find a very strange organisation called Common Purpose operating in the city. And we were absolutely amazed that there were so many people involved but they were not declaring themselves ...

'[Common Purpose] was operating throughout the structure of the city, in the city council, in the government offices, in the police, in the judiciary. Essentially we discovered what is effectively, at best, a quasi secret society which doesn't declare itself to ordinary people.'

Further research has led Gerrish to establish that Common Purpose is recruiting and training leaders to be loyal to the objectives of the organisation and the European Union and preparing the governing structure for what it calls the 'post-democratic society' after nations are replaced by regions in the European Union. 'They are learning to rule without regard to democracy, and will bring the EU police state home to every one of us', Gerrish says. Common Purpose 'graduates' are increasingly everywhere, as you will see from the partial list at the end of this article.

When the organisation was given an award in 2005 by one of it clients, Newcastle University in the North East of England, it was revealed that among its graduates in that area were: Michael Craik, Northumbria Police Chief Constable; Andrew Dixon, Executive Director of the Arts Council England, North East; Glyn Evans, City Centre Chaplain; Chris Francis, Centre Manager of the Wildfowl and Wetlands Trust; Anne Marshall, Chief Officer of Age Concern; Anthony Sargent, General Director of The Sage Gateshead; Miriam Harte, Director of Beamish Museum; and Sue Underwood, Chief Executive of NEMLAC (the North East Museums, Libraries and Archives Council). Brian Gerrish has found them to be throughout the government structure with more than £100 million of taxpayers money spent on Common Purpose courses for state employees. It has members in the National Health Service, BBC, police, legal profession, religion, local councils, the Civil Service, government ministries,! Parliament and Regional Development Agencies.

The official founder and Chief Executive of Common Purpose is Julia Middleton who in her profile at the Common Purpose UK Website (www.commonpurpose.org.uk) fails to mention a rather relevant fact: she is also Head of Personnel Selection in the office of John Prescott, the Deputy Prime Minister to Tony Blair. Prescott has been the man with responsibility for creating 'regional assemblies' around the United Kingdom which are part of the plan to abolish nations and bring their powerless 'regions' under the jackboot of the European Union. He has, of course, sought to sell this policy as 'devolving power to the people'.

Prescott has common purpose with Common Purpose and Julia Middleton because they are all committed to the same end. The European superstate is designed to be centrally controlled and managed at lower levels by bland and brain dead 'leaders' who are all programmed to think the same. This is where Common Purpose comes in.

You can always tell an Illuminati front by its desire to centralise everything and that includes the centralisation of thought as diversity is scorned, ridiculed and dismissed in favour of a manufactured 'consensus'; you will also see the Orwellian Newspeak technique in which the organisation claims to stand for what it is seeking to destroy - Common Purpose says its aim is to develop 'diverse' leaders; and Illuminati fronts always tend to use language that actually says nothing when describing what they do.

When you look at the propaganda for Common Purpose it is bland and without specifics, just as you would expect. So what does this organisation teach its 'leaders'? You wouldn't know by reading its blurb and with its courses costing thousands of pounds it would be expensive to find out. But for sure it will manufacture consensus among its 'diverse' clientele.

This is a key technique of the Illuminati throughout society - to manipulate agreement on a range of issues that then become the norm to be defended from all challenge and true diversity. It has been developed by organisations like the Tavistock Institute of Human Relations in London which was funded into existence in 1946 with a grant from the Rockfeller Foundation and is one of the Illuminati's global centres for developing the 'hive mind' mentality or 'group and organisational behaviour'. Tavistock works closely with 'public sector' (state-controlled) organisations including the UK government and the European Union and the Orwell-speak on its website could have come straight from the pages of Common Purpose. Or the other way round. Jargon is always the language of the junta:

'Multi-organisational working, cross-boundary working and the global-national-local interface each raise their own set of organisational dynamics which must be surfaced and worked with if collaboration is to be effective. They also raise particular challenges for leadership (and followership). The Institute's approaches to organisational consultancy and leadership development, based on organisational theory and systems psychodynamics are particularly appropriate for helping organisations to address these complex issues.'

Like working out what the hell all that is supposed to mean. What we can see is that Tavistock and Common Purpose share the same pod. Both want to develop 'leaders' and they do it in the same way by manufactured consensus that then stamps out all diversity by using those who have conceded their right to free thought to the group psyche. Mind manipulation techniques like Neuro-linguistic programming or NLP are also employed in the language employed to engineer consensus. NLP is a technique of using words to re-programme the body computer to accept another perception of reality - in this case the consensus agreed by the manipulators before their victims even register for the 'course'. Apparently the CIA refers to these pre-agreed 'opinions' as 'slides'. As one Internet writer said:

'A "slide" is a prefabricated, "politically correct" blanket "pop" "opinion", "view" or "take" upon a particular issue of general interest which is designed to preclude further consideration, analysis or investigation of the issue in question. In other words, it is a "collectivised" mental position which is never to be questioned. This is precisely the "product" of the Deputy Prime Minister's insidious neurological linguistic control programme "Common Purpose".'

Anyone who resists the programming is isolated and the group turned against them until they either conform or lose credibility to be a 'leader'. Look at global society in any country and you will see this happening in the workplace, among friends down the bar and in television discussions. The consensus on global warming has been manipulated to be that carbon emissions are the cause and anyone who says otherwise is an uncaring, selfish, racist and quite happy to see the planet and humanity face catastrophe. The fact that carbon emissions are not the cause of global warming is irrelevant because the 'truth' is what the consensus has agreed it to be. In short, if you don't agree with the extreme consensus you are an extremist.

It is the manipulation of consensus that has turned the three main political parties in Britain into one party with their leaders Tony Blair, David Cameron and 'Ming' Campbell all standing on the same ground. They might offer slightly different policies - and only slightly - but they are all agreed on the fundamentals and this makes elections irrelevant. The Conservative Party's David Cameron, the likely winner of the next General Election, is Blair Mark II and this pair certainly have common purpose.

The Tavistock Institute has been working this flanker for decades and Common Purpose seems to me to have the Curriculum Vitae of a Tavistock front. One of the Tavistock founders, Dr. John Rawlings Rees, who also became co-founder of the World Federation for Mental Health, talked of infiltrating all professions and areas of society - 'Public life, politics and industry should all ... be within our sphere of influence ... If we are to infiltrate the professional and social activities of other people I think we must imitate the Totalitarians and organize some kind of fifth column activity!' He said that the 'salesmen' of their perception re-programming (mass mind-control) must lose their identity and operate secretly. He said:

'We must aim to make it permeate every educational activity in our national life ... We have made a useful attack upon a number of professions. The two easiest of them naturally are the teaching profession and the Church: the two most difficult are law and medicine.'

The common purpose of the Tavistock/Illuminati guerrilla war on the human psyche is to wipe clean any sense of the individual and unique because only that way can they impose the global dictatorship and have the masses accept it. Brock Chisholm, former Director of the UN World Health Organisation, was right when he said: 'To achieve One-World Government, it is necessary to remove from the minds of men their individualism'.

Enter Common Purpose and its training of 'leaders'. If you can get the leaders to think the same it makes it much easier to transfer that to the general population. Julia Middleton's organisation, and whoever and whatever else is really behind it, has been making dramatic inroads into British society while it has flown below the radar. It is time we gave it a much higher profile as it goes ever-more international.