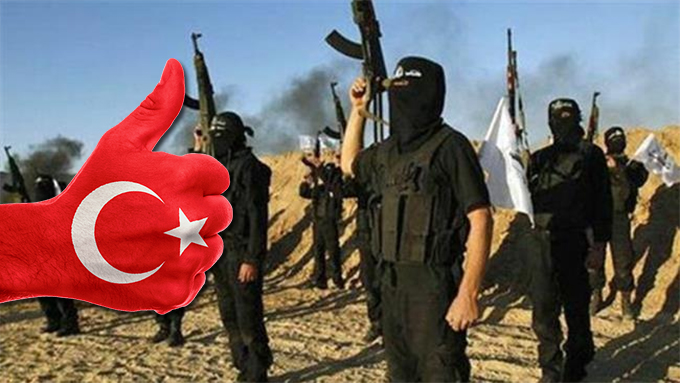 The Russian ambassador to the UN says Turkey is assisting Daesh militants in recruiting fellow Takfiris from the Caucasus and Central Asia to join the foreign-backed militancy in Syria.

Vitaly Churkin made the comments in a February 10 letter sent to the UN Security Council, explaining that Daesh recruiters have supposedly formed a network in the Turkish city of Antalya for foreign militants from the former Soviet Union, AFP reported on Thursday.

According to the letter, a Russian national identified as Ruslan Rastyamovich Khaibullov, who lives in Antalya and has Turkish permanent residence, is leading the network.

He further noted that last September, 1,000 Daesh militants from Europe and Central Asia entered Syria from Turkey through the border crossing at Gaziantep.

The recruiters in Turkish detention centers are said to connect lawyers with foreigners who agree to join the ranks of Daesh when they are set free.

Russia has accused the Turkish intelligence of helping to take Daesh extremists from Syria to Yemen through Turkey via Turkish military air transport, or by sea to Yemen’s port of Aden.

The Turkish mission to the UN is yet to respond to the letter.

Ankara is widely accused of actively training and arming Takfiri elements and buying smuggled oil from territories held by Daesh.

Echoing Russia's assertions, Selahattin Demirtas co-chairman of the Turkish Peoples' Democratic Party (HDP) said in an interview with the Greek Efimerida Ton Syntakton newspaper on Wednesday that the Turkish army is cooperating with two extremist groups and is protecting militants as well as al-Qaeda-linked al-Nusra Front Takfiri group in Syria.

The groups “cross fighters and weapons from Turkish soil (into Syria) with the cooperation of Turkish authorities,” he said.

Ankara has been among the major supporters of the Takfiri terrorists fighting to topple the government of Syrian President Bashar al-Assad since 2011.