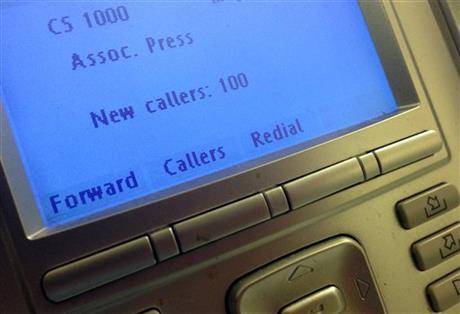 The president of the Associated Press has sent a letter of protest to US Attorney General Eric Holder over the Department of Justice’s broad surveillance of individual reporters’ phone conversations.

In a letter received by the AP on Friday, the Justice Department acknowledged but offered no explanation for the seizure of two months’ worth of telephone records of reporters and editors. AP’s president, Gary Pruitt, called the ongoing monitoring a “massive and unprecedented intrusion.”

The AP believes that more than 100 journalists are involved in the DOJ’s phone surveillance, which would have involved a wide variety of stories regarding government and other topics. Pruitt has called for the return of obtained phone records, as well as the destruction of all copies.

"There can be no possible justification for such an overbroad collection of the telephone communications of The Associated Press and its reporters. These records potentially reveal communications with confidential sources across all of the newsgathering activities undertaken by the AP during a two-month period, provide a road map to AP’s newsgathering operations, and disclose information about AP’s activities and operations that the government has no conceivable right to know," said Pruitt.

According to the AP’s own reporting of the alleged phone taps, Justice Department rules require that subpoenas of such records from news organizations must be approved by the attorney general. Notification to the AP was made by a letter sent by Ronald Machen, US attorney in Washington, but did not clarify if such rules had been followed.

It is believed that phone records were obtained as part of a criminal investigation into leaked information about a CIA operation in Yemen that unraveled an Al-Qaeda plot in the spring of 2012 to detonate an explosive on a US-bound jet airliner.

Speculation on a link to that particular story was made by the AP based on the fact that phone numbers were obtained by the DoJ for five reporters and an editor involved in the May 7, 2012 story. 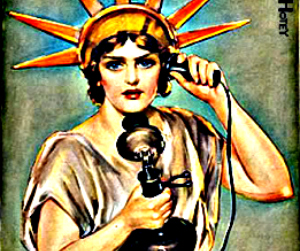 According to the AP, CIA Director John Brennan was questioned by the FBI as to whether he had been the source of the leak. In testimony regarding the story in February, Brennan called the leak an "unauthorized and dangerous disclosure of classified information."

Records obtained by the Justice Department detailed incoming and outgoing calls, as well as the duration of calls, for work and private numbers of AP reporters and offices in New York, Washington, and Hartford, Connecticut, as well as the main number for reporters in the House of Representatives press gallery.

In its statement regarding the phone taps, the Department of Justice cited an exception to notifying a news organization in advance if it would hamper its own investigation:

“We take seriously our obligations to follow all applicable laws, federal regulations, and Department of Justice policies when issuing subpoenas for phone records of media organizations. Those regulations require us to make every reasonable effort to obtain information through alternative means before even considering a subpoena for the phone records of a member of the media. We must notify the media organization in advance unless doing so would pose a substantial threat to the integrity of the investigation. Because we value the freedom of the press, we are always careful and deliberative in seeking to strike the right balance between the public interest in the free flow of information and the public interest in the fair and effective administration of our criminal laws,” the statement reads.