US presidential hopefuls to attend conference in Israel 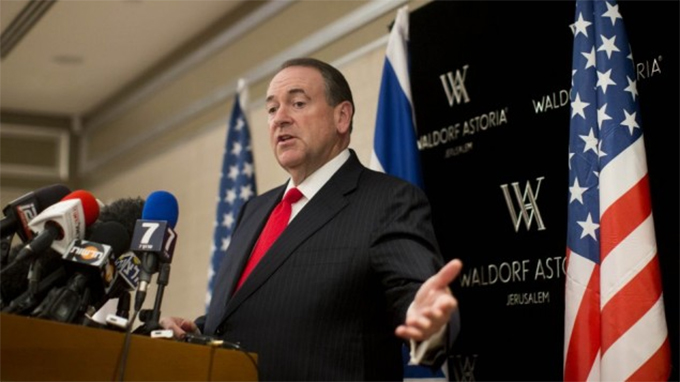 A number of American presidential hopefuls are expected to visit Israel next month for a conference on foreign and defense policy.

Organizers say that several candidates have already confirmed their participation, while others are currently considering coming to Israel in person or participating via videoconference, but refused to provide any specifics.

The First Presidential Candidates’ Forum Abroad, to be held in Jerusalem on November 3-4, will focus on “economic, foreign, defense and cultural policy,” according to a press release.

All candidates from both sides of the aisle have been invited, but since the event is organized by politically conservative groups it is expected that mostly Republicans will appear.

The conference aims to provide the presidential candidates with an international platform to discuss the future of US foreign policy, US-Israel relations, threats to religious freedom and the “common civilization” based on the rule of law and economic freedom, according to organizers.

“US presidential candidates will have an historic first opportunity to communicate their views on issues facing this region of the world directly to concerned American citizens visiting the state of Israel and to friends of the US in Israel,” they said in a press release.

Participating candidates will also be asked to address the rise of anti-Semitism in Europe and the US, the plight of Christians and the Middle East, organizers said.

“During the 20th century, America’s strategic leadership in foreign, security and trade policy affirmed our common civilization based on the rule of law — protecting life, liberty and private property. At the Jerusalem Leaders Summit’s forum featuring US presidential candidates, America’s next president will be able to address the challenges, threats and opportunities of the 21st century,” said Joel Anand Samy, co-founder and president of the International Leaders Summit, a think tank co-hosting the event.

“Presidents must be fully versed on foreign policy and understanding the Middle East and how to manage our strategic alliance with Israel is an imperative for the United States,” said Jerry Johnson, the president of National Religious Broadcasters, which also is co-hosting the summit. “This is a tremendous opportunity for presidential candidates to showcase their foreign policy credentials.”

Israel is a common stop on the campaign trail for many presidential candidates. Barack Obama came before he was elected in 2008, and his 2012 Republican rival Mitt Romney visited ahead of the election. In the current race, which is still in its early days, only former Arkansas governor Mike Huckabee has been to Israel.

The US presidential elections are to take place on Tuesday, November 8, 2016.