Dec 20, 2014 Source: mirror.co.uk
Cowell, 54, is also planning a secret trip to Israel soon as he embraces the Jewish faith of Silverman, 36


Simon Cowell has publicly donated nearly £100,000 in support of the Israeli army.

The X Factor boss pledged the cash to the Friends of the Israel Defense Forces at a US fund-raiser in Beverly Hills.

The lavish gala brought in more than £12million for the organisation, which helps to provide welfare services for IDF soldiers and their bereaved families.

Cowell, 54, is also planning a secret trip to Israel soon as he embraces the Jewish faith of girlfriend Lauren Silverman, 36, who is expecting his baby.

And although he was raised as a Roman Catholic, his father Eric was Jewish – believed to be another factor influencing his decision to visit Israel.

The TV mogul has previously expressed little interest in religion. But his $150,000 gift may cause controversy because of the FIDF’s aid for forces staff embroiled in the long-running conflict with the Palestinian people.

More than 1,000 FIDF supporters from the US and Israel attended the charity’s star-studded annual gala at the Beverly Hilton Hotel in Los Angeles last month.

They were entertained by five-time Grammy winner Lionel Richie and the event was chaired by billionaire TV magnate Haim Saban, who gave £1.4million.

The organisation, founded by Holocaust survivors in 1981, says on its website: “FIDF is committed to providing these soldiers with love, support and care in an effort to ease the burden they carry on behalf of the Jewish community worldwide.” 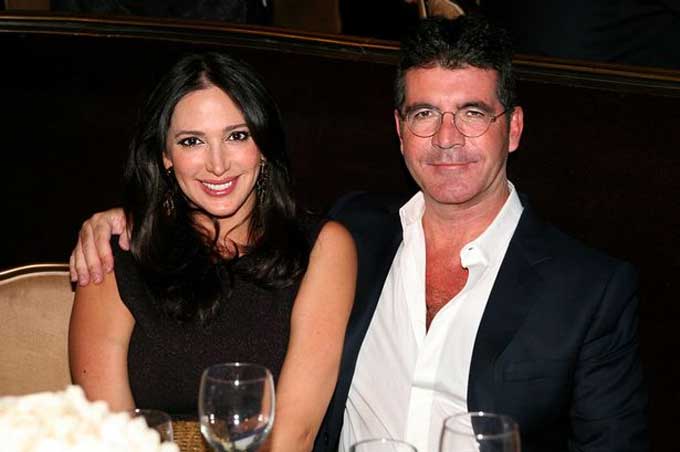 Cowell’s son is due on February 28 – and a source told the Mirror last night: “Simon is getting increasingly excited about becoming a daddy.

“He really is embracing fatherhood and wants to be the first person to cradle his new-born son. He is open to reason on the subject of religion and the faith in which his son is brought up.

“But he is naturally inquisitive and really wants to visit Israel so that he can make a more informed decision.”

Contrary to reports, Cowell intends to be at the birth and has booked out a top £12,000-a-night private hospital in the US ahead of Lauren’s elective C-section.

And while he is keeping quiet about the baby’s first name, he has told pals the middle one will be Eric – after his late father.

It is believed that following the birth the couple will set up home in Cowell’s west London mansion, where his mum Julie will meet her grandson.

The TV boss was recently asked how he plans to ensure that his son grows up with a British accent.

He joked: “I said to Lauren, ‘What if I just play me on tape while the baby is sleeping so he can hear me?’

“And his first words will be, 'You’re absolutely useless’.”

Top stars are donors
A number of top TV, film and music executives from Los Angeles are also believed to donate six-figures sums to the not-for-profit corporation.

Seinfield actor Jason Alexander and singers Macy Gray and Lionel Richie have also supported its cause.

FIDF was established by a group of Holocaust survivors in 1981.

It aims to provide for the “education and wellbeing” of men and women serving in the Israel Defense Forces, as well as the families of fallen soldiers.

The HQ is in New York, with 17 regional offices in the US and Panama.