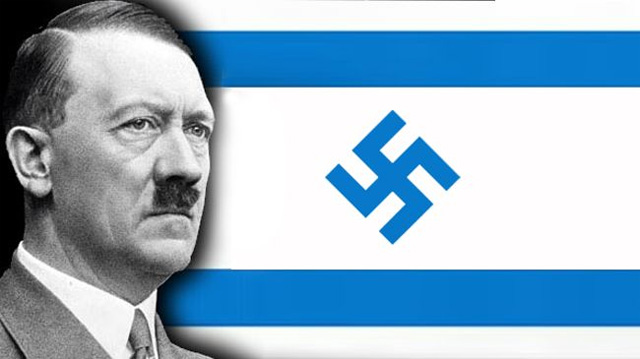 Many of Israel’s dominant political parties espouse the same goals for Zionism, which many observers believe take a page from the Nazi playbook when it comes to expansion not only in the occupied territories of Palestine but beyond to the Golan Heights of Syria, southern Lebanon, Sinai, eastern Libya, northern Iraq, and even further afield.

As expansionistic as the Likud-Beitenu bloc is, the rising star of Naftali Bennett, a dual U.S.-Israeli national who leads the new Home Party is even more nationalistic, with its platform centered on annexing 60 percent of the West Bank, referred to as “Area C” in the now all-but-dead Oslo Peace Accords. Palestinians would exercise nominal control in a Palestine fully dependent on Israel that would resemble the “bantustans” created for blacks by the apartheid government of South Africa: non-contiguous reservations that would be at the mercy of further encroachment by a militarily-dominant Israel.

But just as the Zionists contend that it is entitled to control what it refers to “Judea and Samaria” based on some mythological prose written in ancient Hebrew, they will not stop with controlling the West Bank. There are calls by many Zionists for Israel to expel the 1.7 million Palestinians from the Gaza Strip and forcibly relocate them in other Arab countries. Other right-wing Israelis wish to abrogate the peace treaty with Muslim Brotherhood-ruled Egypt and seize back control of the Sinai Peninsula, which Israel occupied from 1967 to 1982. The Zionists were always hungry for Sinai. During their occupation of Sinai, Sharm-el-Sheikh was renamed Ofira by the Israelis and settlements were established in the occupied Egyptian territory.

Israel has also established settlements in the Golan Heights, with some 20,000 Israelis living in the occupied Syrian territory. It is clear that with the destabilization of Syria by NATO and the Wahhabist kingdoms and statelets of the Arabian Peninsula, not only the Golan but territory deep within Syria seen by the Zionists as ancient Jewish areas of domination will be ripe for the taking, especially if the religious Zionists who support Bennett and the ultra-Jewish Orthodox Shas Party followers have their way. Israel has also seen southern Lebanon, occupied by Israel and their proxy South Lebanon Army from 1982 to 2000, as an area vulnerable to an expansion of Israel’s northern border.

The discovery of a possible 1.7 billion barrels of oil and 3,500 billion cubic meters of natural gas in what is known as the Levant Basin Province that stretches from the Jordan River to Turkey and west to Cyprus has Israelis chomping at the bit for extending land and sea boundaries. The discovery of oil and natural gas, coupled with disputes over water resources, is what is truly driving many Israeli regional expansionists. Israel is fond of using its mythological texts as a front for expanding its economic control over the Middle East.

The lure of oil also has Israelis resorting to ancient lore to stake claims on Iraqi lands said to have been the home of Jewish slaves during the so-called “Babylonian Captivity.” Israel has plans to relocate thousands of Kurdish Jews from Israel to the Iraqi Kurdish areas around Mosul and Nineveh under the guise of religious pilgrimage to and security protection of ancient Jewish religious shrines. The Kurdish area is also rich in oil and Israeli companies would like nothing more than to cash in on the oil business by re-establishing the old Mosul-Haifa oil pipeline.

With 400 nuclear weapons, including those that can be fired from submarines, launched by missiles, and dropped by fighter bombers, at its disposal, Israel can permit its propaganda organs to stake claims on other ancient Jewish places, including Cyrene, the present-day Tripoli, Libya, and Berenice, present-day Benghazi. The Libyan rebels who overthrew Muammar Qaddafi received massive support from European Zionists, including Bernard-Henri Levy of France, who acted as a liaison between the rebels and Netanyahu. There were early Zionist plans to establish a Jewish national homeland in the Green Mountains of Cyrenaica.

And any country where Jews once lived or played a role is seen as a potential area of expansion for some Zionists who dream of a one-world Zionist state. Although Israel is bent on expelling as many non-Jewish black Africans and brown-skinned Asians from the Jewish state as possible, it has given citizenship to Falasha Jews from Ethiopia and Bnei Menashe from India. The latter, originating in Mizoram and Manipur on the Indian-Myanmar border, claimed they were banished to India in the 8th century B.C. and, therefore, are a “lost tribe” of Israel. As Israeli passport holders, these “new Jews” will be permitted to return to India, a nation already overrun with Chabad House-cover Mossad operatives and Israel Defense Force regulars involved in cross-border operations in Pakistan, protective services for the Dalai Lama in Dharamsala, and drug and gem smuggling.

It is only a matter of time before Israel stakes a claim to Afghanistan as more oil and rare earth mineral reserves are discovered and as Western military forces retreat from the country. After all, some Jewish scholars claim the Pathans of Afghanistan and northwest Pakistan represent another “lost tribe of Israel.” Conveniently for Israel, many Pathans are also members of the Taliban.