Aliens From Hell, Rise of the Dark Hero & NWO Capitals

Nov 13, 2013
Freeman is an internationally-known TV producer, film maker, radio talk show host and lecturer. He is considered an expert in the fields of the occult, trauma-based mind control, government conspiracy, and ancient civilizations. At the start of this interview, Freeman talks about the influx of intelligence agencies involved with entertainment and what programming we can see coming out of film and TV. He points out signs and symbols used in entertainment that come from the O.T.O. Then, we discuss trauma based mind control of celebrities and how it has become a part of modern pop culture. In the second hour, Freeman explains the origins of the "Mark of the Beast" and how it relates to popular culture, new technologies and human cloning. Then, Freeman tells us about the "New World Order global capitals" and how Kazakhstan is at the very forefront of these new extraterrestrial preplanned cities. These capital cities are designed to reflect an ancient magical seal of Solomon to bind demons and to perform magic. 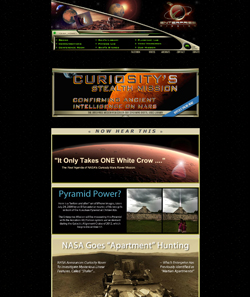