Stephen A. McNallen is a prominent religious leader of the native European path called Asatro. McNallen established the first legally recognized Asatro organization in the US in 1972 and quickly became a prolific writer and speaker on the subject on Germanic Paganism, which broadly includes the ancient tribes of Northern Europe. He believes that spiritual fulfillment is best achieved by following the ways of one's ancestors. In the first hour, Stephen addresses the importance of venerating our ancestors. He explains how discovering our ancestral past is vital for our future. We’ll talk about what happens when one is cut off from their ancestral roots and how powerful interests rely on it. Stephen discusses how the “world managers” work to get the masses to lose their impulse for something deeper. They belittle honor, courage and heroism for reasons of control as these pose a threat to the system. Later, Stephen talks about the falsification of Europe’s history, which always portrays Europeans as the evil ones, and people disown their ancestors because of it. In the member’s hour, we’ll hear about metagenetics and the idea that ancestry matters - that there are spiritual and metaphysical implications to heredity. He ties together varied topics as Jung's theories of archetypes, rebirth in the family line, psychic links between twins, and the Norse concept of the soul to support that statement. We’ll also talk about how biology is being ignored to push egalitarianism. Later, McNallen talks about reigniting the spark, reconnecting to that which is in us. We’re the outcome of all who have gone before us and their decisions up until this point. The hour ends on Odin’s model of evolution.

We Must Match Wotan's Fury with WisdomAn Update on The Wotan NetworkAlt-Right Election Night Marathon Coverage with Red IceAsatru Hof: A Temple for the Norse Gods and GoddessesAsatru: A Native European SpiritualityAsatro, Runes, Vikings & Norse Mythology 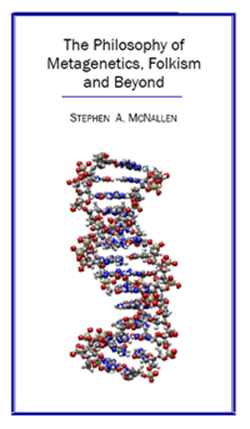