Jay Dyer is a writer and researcher from the Southern US who obtained his BA in philosophy, while his graduate work focused on the interplay of literary theory, espionage and philosophy. His website, JaysAnalysis, is dedicated to investigating the deeper themes and messages found in our globalist pseudo culture, illustrating the connections between philosophy, metaphysics, secret societies, Hollywood, psychological warfare and comparative religion. In this special extended segment, Jay returns to Red Ice Radio in the wake of the attacks at Paris satirical magazine Charlie Hebdo, and the numerous events surrounding this bizarre scenario, all of which bear tell-tale signs of a false flag. We take a look back at events in the recent past echoing similar patterns and relationships to the “War on Terror.” We consider the glaring fact that the US is funding and arming Islamist Al Qaeda in Syria, ISIS, Jihadists, etc. Jay describes some of the conflicting reports, discrepancies, and significant details that have been edited out of the media narrative, along with the big indicators of staged events. Then, we talk about Paris’ long history of suppressing free speech and the hypocrisy of the Charlie Hebdo publication. Jay explains how large terror events are psychological attacks on society that serve the interests of the Atlanticist establishment, where we inevitably hear the call for more militarization, surveillance, security, and policing, not just for the terrorists, but for all citizens. We look at the big picture of globalization, the creation of reactionary consumers, the erosion of family values, and a monoculture based around the new mythology of Hollywood. Additionally, we talk about the current anti-human, self-destructive, centralization-seeking regime, the true inclinations of human nature, and how to pull humanity out of its collective hypnosis. Later, Jay speaks about the confusing details of the Paris shootings and similar events and how the polarized media is involved in playing out a deep, psychological trick on the people in order to divert attention from the bigger picture. In conclusion, we speculate about where our dystopian, mediocre, monoculture is headed and contemplate the bright side of the transhumanist pipe dream. 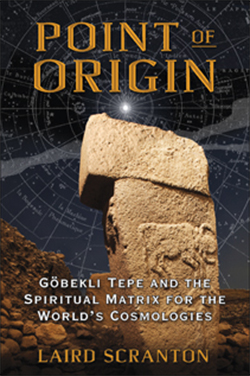