Dec 29, 2014
Jay Dyer is a writer and researcher from the Southern US who obtained his B.A. in philosophy, while his graduate work focused on the interplay of literary theory, espionage and philosophy. His website, JaysAnalysis, is dedicated to investigating the deeper themes and messages found in our globalist pseudo culture, illustrating the connections between philosophy, metaphysics, secret societies, Hollywood, psychological warfare and comparative religion. Our discussion begins with a focus on mass media’s use of psychological warfare to indoctrinate world views on our culture as a whole. Jay explains how philosophies can be engineered and used as forms of PSYOP, a trap of empiricism that ultimately leads to false presuppositions. Then, we discuss hidden metaphysics, the suppression of prominent thinkers, and the western elite’s technological techniques of dialectics that are used to destroy the arts. Further, we consider the esoteric approach of linguistics, the school of pragmatism, and the new prophets of modernity, Marx, Freud and Darwin. In the second hour, Jay gets into the power of the entertainment industry, the new mythology of Hollywood, and pop culture’s deconstruction, control and subversion of reality. We talk about the iconography of films such as Independence Day, A.I., Interstellar, the James Bond series, and more. Later, Jay describes the use of archetypes in movies and the socially engineered subversion that is taking advantage of and manipulating the fears of society. Lastly, we chew over the current themes circulating in the mainstream, many of which tout the fraud of “diversity” and forced multiculturalism. 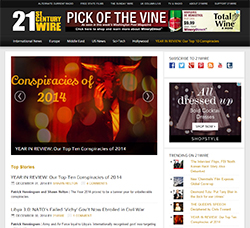